Recently Estonia, Latvia and Lithuania signed a bilateral defence arrangement with the United States on the legal status of American troops in these Baltic countries. As reported in the defence ministries of the three Baltic countries, these agreements facilitate the deployment of US forces in the Baltic States and allow for joint exercises.

In Tallinn an agreement on bilateral defense cooperation was signed by the Minister of defence of Estonia Margus Zahka and U.S. Ambassador to Estonia, James Melville. “The agreement is part of close work that we do with the United States to the Eastern border of NATO was protected, and that this region was secured the world”, — said at the ceremony of signing of the document Minister of defence of Estonia. In turn, the US Ambassador noted that “the agreement provides a legal framework and creates the preconditions for bilateral defense cooperation” between the two countries.

A similar document on defence cooperation, on Tuesday signed in Vilnius, the Minister of defence of Lithuania Raimundas Karoblis and the US Ambassador in Lithuania Anne Hall, informs the Internet-portal Delfi.lt. “I am convinced that the presence of U.S. forces is one of the most important factors, which allows residents of Lithuania to feel safer, and I hope that a permanent presence will continue in the future,” said Karoblis. According to Anne Hall, the document “confirms the willingness of both countries to work side-by-side, strengthening NATO.” “We are interested in the continued presence of American troops in Lithuania as it is one of the key elements of our security,” said Lithuanian defence Minister Raimundas Karoblis.

We will remind that earlier the President of Lithuania Dalia Grybauskaite declared that the Kremlin leader’s policy is unpredictable and so you need to be ready for anything.

The agreement on defense cooperation between the United States and Latvia was signed on 12 January in Riga. The caption under this international document was signed by the Minister of defence of Latvia Raimonds Bergmanis and the U.S. Ambassador in Riga of Nancy Pettit. “This is a very important step for our defences and armed forces development and in ensuring the security of our state. Latvia has committed itself to ensure the presence of allies in the country and the document signed today is the cornerstone of this process”, — told reporters the President of Latvia after the signing of the agreement.

It should be noted that the US without a lot of hype, but has moved strongly in the Baltic States troops of the special forces in permanent dislocation. General Raymond T. Thomas, head of command of the special forces of the Pentagon, said in an interview with the New York Times that the Baltic countries do not hide that they are afraid of Russia, and therefore really need our help. According to the General, the Americans brought with them advanced technologies of surveillance and extensive activities to obtain intelligence.

— With regard to the signed agreements, there are several important components. First, it is one of the traditional not only strong assurances of support, and that the practical arrangements for the provision of guarantees, which ensure the containment of potential ambitions of neighboring countries.

Secondly, this is a very important political signal that the United States remains a committed and strong supporter of the security of the Baltic countries. It was especially important to demonstrate this during the presidential campaign I heard a lot of conflicting signals which zucali on the part of Mr. trump, who touched on the role of NATO and dedication to the members of the Alliance and the principle of collective defense. Therefore, these steps, in particular the signing of the above agreements indicate that the presence of the United States and their contribution to the security of the Baltic countries has not changed.

Third, an important practical point is that NATO expresses concern over its Eastern flank. Therefore, together with other allies this Eastern flank will be reinforced.

It should be emphasized that the above mentioned measures, directed against potential steps from the Russian side, which sometimes makes unclear statements about its national security policy.

As you know, trump accuses NATO countries that they do not carry equally the burden of defense spending. Here I can say that the Baltic countries are very serious about security and cannot be the main targets of criticism of trump. For example, Estonia spends more than 2% of GDP on defense and even provides additional funds for some practical security measures. Lithuanian and Latvian parliaments have also adopted commitments in two to three years to reach the level of defense expenditures in the amount of 2% of GDP. Such an obligation exists and it shows that Baltic countries are not freeloaders in NATO. 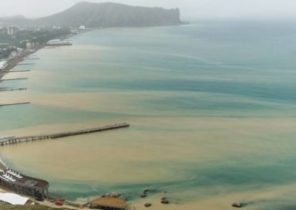 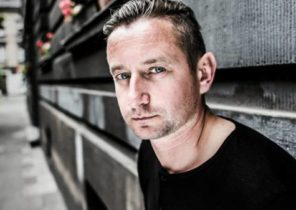 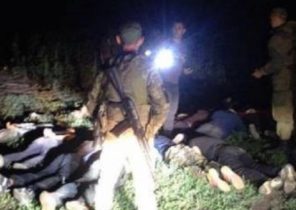