President Barack Obama said he had decided to pardon WikiLeaks informant Chelsea manning, as her punishment was much harsher than the punishment of others. This Obama said during his press conference, the TV channel “112 Ukraine”.

“Let’s get serious. Manning received a harsh sentence for the distribution of classified information. She pleaded guilty, and the sentence was disproportionate compared to those received by others,” he said.

Obama added that he is comfortable with the feeling that justice has been restored.

On the eve of the WikiLeaks founder Julian Assange said he was ready for extradition to the US if the US authorities will agree to pardon the informant of Meninga.

We will remind, private soldier of the US army’s Bradley Manning was arrested in may 2010. During the investigation he admitted that he gave the WikiLeaks website for publishing a video of air strikes in which civilians were killed, hundreds of thousands of reports about incidents at the fronts of the wars in Afghanistan and Iraq dossier on prisoners in the Guantanamo and about 250 thousand of diplomatic dispatches of the U.S. Department of state. In 2013, Bradley Manning was sentenced to 35 years in prison.

Earlier in the WikiLeaks organization commented on the report of the United States of Russian interference in the electoral process. US intelligence agencies said that they had “irrefutable evidence” that Russia was involved in the transfer through a third party website WikiLeaks materials obtained by hacking. They also said that allegedly found intermediaries between Russia and WikiLeaks has transferred the documents of the US Democratic party for publication. 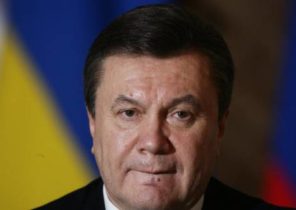