Professor of Russian language and literature Arto mustajoki (Arto Mustajoki) wonders in his new book, “a Storm in a glass of vodka” (Myrsky vodkalasissa) why the Russian alcohol producers actively used the right to openly advertise their products during the world Championships in ski sports 2015 in the Swedish Falun. Then was advertised vodka “Winter road”, whose title refers to the Russian poem by Alexander Pushkin. In it a traveler dreams about the ultimate goal of its journey, where it waits for a warm fireplace and my dear Nina.

Now the position of this lone traveler is the Russian athletes. Representatives of the anti-doping Committee of 19 countries demanded the removal of Russian athletes from participation in all competitions until then while Russia will not have a reliable anti-doping system.

In the history of Russia’s blood and vodka are closely related. As the sample can allow the mad monk Grigory Rasputin, since the murder which took place a hundred years. This mystical character is caught in a circle of confidants of Tsar Nicholas II, because he managed to stop the bleeding of the heir Alexei.

Rasputin was a man of faith, but our neighbors were those who were United by blood and science. Comrade of Lenin, Alexander Bogdanov was a physicist, economist, and philosopher interested in the topic of electricity and blood transfusion. In his utopian book, “Red star” (1908) he admires a highly developed socialist society on Mars. There he described in detail the process of blood transfusion, actively practiced on Mars.

“Red star” used in the title of the book Bogdanov, later became a symbol of the USSR. It is now found in the Russian everyday life, in particular, is widely represented in sports — for example, in the logo of the Saint-Petersburg hockey club SKA.

The doping culture over the decades there were different mad scientists — the followers of Rasputin and Bogdanov. In 1959, the head coach of the Soviet team cyclists Leonid Seleznev after weak performances in the Cycling World, said the Minister of sports of the USSR, Nikolai Romanov, “wins we will not see”, if not money as the countries with the best results.

“I think, decide the question positively,” said Romanov, and began to give orders.

Since 1960-ies, the Soviet Union developed the substance and the strategy, which provided a “medal rain” at the Olympics and in other competitions. According to the latest information about the doping culture in Russia, scientists and doctors there, too, with enthusiasm and eager to reach new record levels in seconds and centimeters.

It is hoped that current doctors will have more luck than Bogdanov, who believed that he would reach with the help of blood transfusion of eternal life. He began to do a transfusion in 1924, and said that their account was younger by ten years. All was going well until in April, 1928, no error has occurred: received from student plasma were not the same blood group, and Bogdanov died from complications.

Recently, the Finnish ice hockey team Jokerit met in the match with Chinese team, which got its name Red Star Kunlun in honor of the Soviet era. 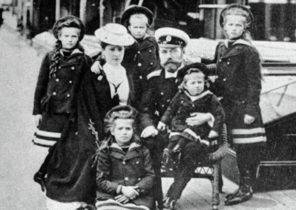 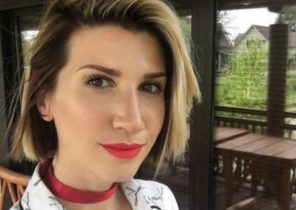