This weekend in Poland — an unplanned occasion. In the Central squares of Warsaw, Krakow and other cities celebrate the arrival of American troops. A military band played, exposed for all to see tanks and other military equipment. This is a special day in the history of Poland: the last time most of poles welcomed foreign troops on their land over 200 years ago — and it was Napoleon’s army.

This time we are talking about American soldiers. The idea of placing military bases of the US instead of Germany (currently deployed out here 36 thousand American soldiers) in Eastern Europe and sparked debate. Because of Germany after the fall of the Eastern bloc no longer needed protection, and the cost of deployment of troops on its territory was quite high.

But further conversations business did not go. However, in 2014 Russia annexed the Crimea. Former Minister of foreign Affairs of Poland Radoslaw Sikorski has urged NATO to increase its military presence two teams needed to protect his country.

And here arrived in the country first American armored brigade permanently stationed in Colorado: 3,500 soldiers and officers, 87 tanks, 400 cars Humwee. It is designed to strengthen the Eastern flank of NATO as part of operation Atlantic Resolve (“Atlantic determination”).

The staff of the brigade this weekend will be solemnly met in the Polish town of żagań. Here 100 kilometres from the German border, will be the headquarters of the connections and will accommodate the main part of the armoured brigade. Individual small units, in addition to Poland, will be posted on rotational basis in Estonia, Latvia, Lithuania, and Hungary, Romania and Bulgaria. The staff of crew and equipment will be changed every nine months.

Concerns of the Baltic countries

With the deployment of us armoured brigade in Poland will be followed by further steps on the part of the Alliance. By the end of January in Lithuania under the command of Germany will be stationed first battalion of the forces of forward-based NATO. In its composition, in addition to German soldiers, who carried out 19 Jan Bavarian Oberviechtach, will include 500 troops from other countries. 1000 NATO soldiers under British command will be hosted in Estonia. And the same is under the command of Canada in Latvia.

Another battalion of the NATO command to which will be the United States, will be located in the North-Eastern region of Poland, near the town of suwałki. It is in the center of the so-called corridor suwałki — a particularly vulnerable segment of the Polish-Lithuanian border, with a length of about 100 km adjoining the South by Belarus, and on the North by the Kaliningrad region of Russia.

Military experts have long been sounding the alarm: if Russia starts a hybrid or a conventional military campaign against one of the Baltic countries, you can easily cut the Baltic States from NATO allies. After all, in the hall suwałki is a land connection of Alliance with the Baltic States. Despite the fact that they have strengthened their armed forces against the background of Russia’s actions against Ukraine in 2014, Latvia, Lithuania and Estonia is still quite vulnerable.

The most important decision

After the collapse of the Soviet Union, NATO has assured Moscow that, until the security situation begins to deteriorate, until the member countries of the Alliance will not be for a long term place in the territories of East Germany’s major combat units.

However, in connection with Russia’s actions in Ukraine at the NATO summit in Warsaw in July last year, it was decided to strengthen the Eastern flank of the Alliance. It provides for the deployment of NATO units in Eastern Europe on a rotation basis and conduct regular maneuvers. That allows you to deploy soldiers and equipment, but only for a short period of time.

The decision to strengthen the Eastern flank of NATO was one of the most important, adopted at the Warsaw summit of the Alliance. However, after it became known that a successor to Obama on a post of the US President will be Donald trump, in the Baltic sea region is growing concern that it is not clear whether the support of the new President of the United States the decision. Or is he agreeing with Moscow, simply divide the world into new spheres of influence.

After all, before the trump has already stated that the US should not defend countries that do not meet their financial obligations within NATO. However, this does not apply to Poland and the Baltic States which do not have problems with financing military spending.

The protests from Moscow

Against the deployment of battalions of the Alliance in the Baltic States and Poland protests in Moscow. Russian state media call these actions, aggressive offensive. However, they do not say that NATO units, the purpose of which is to ensure safety on site from Estonia to Romania, numerically much inferior forces of the allies, who until 1989 was defending West Berlin.

Meanwhile, since 2007 Russia on its Western borders or in neighboring Belarus conducts military maneuvers involving tens of thousands of soldiers. While these exercises are being worked out and the attacks on Poland and Estonia. Amid the conflict between Russia and Ukraine is encouraging unfounded fears as Poland and the Baltic States. 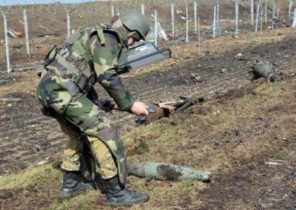