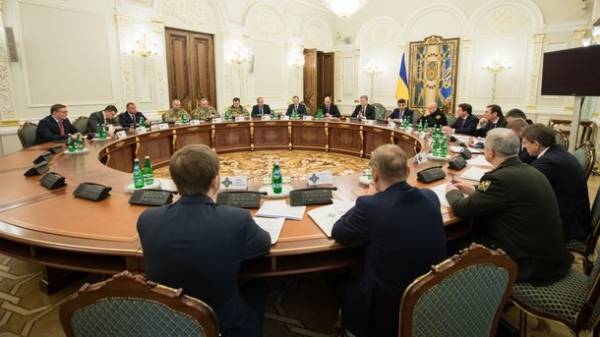 Ukraine increased the share of nuclear energy in the overall energy balance of the country. This was stated by President of Ukraine Petro Poroshenko During a meeting of the Council of national security and defense Council (NSDC).

“I am pleased to announce that we have dramatically increased the share of nuclear energy in the overall energy balance. Was 47%, now rapidly approaching 60%. And that millions of tonnes of coal, which no longer needs Ukraine”, – quotes the President his press-service.

The President also welcomed the development of projects of modernization of generating facilities that use anthracite coal and their conversion to coal of gas group.

“We are talking about a substantial increase in efficiency and ensuring that they work on all types of fuel. Despite the fact that it takes 2-3 years, this work must begin immediately,” – said Poroshenko.

In addition, the President announced about their agreements with the Polish and Chinese partners in modernization of Ukrainian power generating companies.

“We talked about this with my Polish colleagues about the possibility of attracting credit resources and in my recent meeting with President of China XI Jinping to refocus the Chinese lending. There are all the necessary positions,” – said Poroshenko.

According to him, today’s NSDC meeting also devoted to the analysis and monitoring of a number of activities related to the Council decisions that were adopted in the years 2014-2016.

Recall, the problems with coal reserves of anthracite in Ukraine arose due to the illegal blocking of the railway messages with the uncontrolled territory of Donbass, where coal is mined.