Sniper is among the 160 Portuguese soldiers who will carry out the UN mission in the Central African Republic.

Vadim Zaloznaya is a sniper Portuguese special forces (Comandos os) and 17th of January will go to the Central African Republic (CAR). Meanwhile, thanks to his Ukrainian origin, he gets to work in Lisbon… as a translator.

Soldier, eight years ago came to Portugal and have citizenship of the country, needed to the Lisbon airport in order to avoid possible problems in communication between the Portuguese military and the Ukrainian crew of the Antonov aircraft giant aircraft, which is now making his fourth flight on the transportation of military equipment placed new National forces (FND) of Portugal and which, given the wingspan of parked at the airport of Lisbon because of the inability to enter into a military area, which is full of jeeps and trucks carrying all the necessary equipment.

“In the early days it was necessary, not anymore”, says Diário de Notícias in Lisbon airport 23-year-old soldier, who speaks Ukrainian and Russian (languages of the crew). And a half years in the service in the ranks of the Portuguese army Zaloznaya, which we were not allowed to photograph, he offered his candidacy in the special forces, because he wanted “to serve in the army special forces.”

Vadim Zaloznaya is one of the 90 members of the 2nd special forces company, which will operate as a rapid reaction force the UN throughout the Central African Republic in the framework of the integrated mission for stabilization of this African country (MINUSCA — English abbreviation).

To accompany them will be four advanced gunner, the air force and 66 military from other parts of the army (responsible for logistical and operational support).

The contingent of 14 officers, 37 sergeants, 109 rank and file — listed only eight women (5% of the total). Two-thirds of the unit’s personnel (66%) engaged in foreign missions for the first time. FND has equipment and weapons for combat operations, patrolling, surveillance and intelligence, security officials or troops, infrastructure and risk areas, the escorts pillars, siege and search operations, as well as to control aircraft and combat helicopters.

Under the command of Colonel Muse Pauline (Musa Paulino), 30 th will celebrate eight years of service in this position and have participated in missions in Bosnia and Herzegovina and Angola, this task force will operate “without reservations” — that is, without operational limitations of use — not counting those that can occur in the absence of physical capabilities to perform mission, explains a senior officer.

While a TIR truck with the container in reverse to the plane rides, Muse Pauline reports Diário de Notícias that the CAR “quite a difficult area for operations”. Given that such “variables as the climate is not too favorable conditions,” are themselves the problem, the main risks present rebel groups and organized crime.

Improvised explosive devices and snipers are single are “danger low risk” because the type of mission “is not identical to what is held in the middle East”, continues the Muse Paulino, while one of the cranes on the roof “Antonov” plunges inside a container — it can be anything: a field bakery, kitchen, Laundry, showers, toilets or electrical generator.

Inside the plane under the inclined plane, the cockpit is already armored and not armored vehicles, which the Portuguese military will use in the CAR: Humvee (SUV to transport personnel and ambulance) and jeeps, bowser for fuel and water, the center of communication, conveying equipment and emergency.

The entire operation is coordinated by an Australian UN official, who spent a month in Lisbon, since it is a new York organization “undertakes the planning and implementation of operations” — and also costs — for the movement of troops, said Colonel Paulo Ramos (Paulo Ramos).

Responsible for the preparation, training and transfer of FND, as well as in connection with MINUSCA, Paulo Ramos recalls that this was their first mission in the service of the United Nations since 2012 when the operation was completed in Lebanon. “These procedures are new,” even those who are responsible for a mission that only now will have a rapid reaction force.

It is the “urgency” transfer “forced to make a choice in favor of a more costly option”: to implement it by air and not by sea, as envisaged, according to the Colonel. 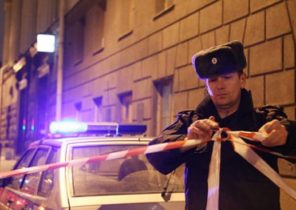 Why the terrorists always choose subway