World champion in rapid chess Vassily Ivanchuk in an extensive interview published on chess-news, raised the issue of Soviet culture and the collapse of the USSR.

– Your attitude to the Soviet author’s song to the most prominent representatives of the Soviet underground music scene of the eighties?

– If to speak not only about the song, and all of Soviet culture, had a very good attitude. I still love to watch Soviet films, listen to songs of his youth. Namely underground I honestly don’t know. Is that really such a group?

– No, this is a phenomenon, which include such groups as “Kino” Victor Tsoi, “Nautilus Pompilius”, “Agatha Christie” – then it was considered underground.

– A particular fan of all this are not, but some things listened to with pleasure.

– You are a lover of old movies, including children.

– “Guest from the future” – a great movie! Then I remember “4:0 in favor of Tanya”, “In my death I ask to blame Klava K.”, “the adventures of electronics” – it’s all very cool movies! All the Soviet films are all very good. Yes, the films Ryazanov’s love: “Office romance”, “Forgotten melody for flute”… Then a wonderful film “31 June.”

– Commercials, we now get to the topic of “How the country is lost!”

Refers to the Soviet Union?

Yes. Do you think that the collapse of the Soviet Union is the greatest geopolitical catastrophe of the twentieth century?

I do not know. Obviously that was quite a complex processes, associated with the decay. I don’t feel expert in this matter to give any comments. I just decided for themselves: once this has occurred, then, why it was necessary. Not that I believed a flawless philosophy “all that is done, the better,” but just in this case it happened. To affect this, really to change something I couldn’t so I just have to accept what has happened, as something to adapt to it. And is it good or bad?.. I just have too little information to judge.

– And what is happening now, for example, in Ukraine, you somehow compare it with their feelings, which were in the eighties? There are no disappointments or, conversely, positive thinking – that all moved and went as it should go? What were your expectations in the late eighties, when the wind blew the restructuring, and it was clear that the country has somehow changed?

– Don’t know how well built the question, because at the end of the eighties, I was primarily focused on chess tournaments at their ambitions. And the rest, well… If something somewhere was touching me, then I delved. And so do I that is really lived, this was not. Of course I remember, when Ukraine became independent, when was the first election when the post of the first President of Ukraine Kravchuk claimed and cascade, then everything is perceived with enthusiasm. And then I noticed that the enthusiasm somehow podostyl was back to real life, not all people were happy… Maybe, never happen that all problems are immediately resolved. On the other hand, I am proud to now live in an independent state and hope that Ukraine will be better than they are now.

Are you sure about that? 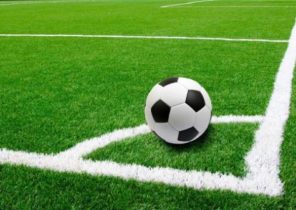