Today, amid the normalization of relations between Iran and the West, the fall in oil prices and reforms to diversify the economy of Saudi Arabia, the two countries can continue fighting for hegemony in the region in a different field, less bloody, but just as devastating: the economy.

Atlantico: Saudi Arabia and Iran has always been in conflict with each other in the history of the Middle East. If they meet again in the struggle for hegemony in the region today, amid normalization of relations between Iran and the West and falling oil prices? Should I wait for new, this time of economic confrontation between the two countries?

Thierry Cove: I don’t think the confrontation of these two countries are part of the natural order of things. Since the revolution in their relationship had UPS and downs. Directly after it, they were very bad, because Ayatollah Khomeini believed that the Saud clan has no right to be guardians of the Holy places. Then, in the 1990s, they have improved as a result of President Hashemi Rafsanjani. Finally, they again deteriorated after the overthrow of Saddam Hussein in 2003.

After coming to power in Iraq, the Shiite government and the signing of the agreement on the nuclear program of Saudi government, I think, to exaggerate Iranian influence in the region. The situation became particularly tense in 2015, after the rupture of diplomatic relations between the two countries in connection with the execution of the leader of the Saudi Shiites and attack activists (later condemned) on the Saudi Embassy in Iran. But I don’t think it is worth to wait for an economic confrontation. On the contrary, the recent agreement by OPEC to limit oil production says that they were able to reach agreement to raise oil prices.

— The Iranian economy has shown a five per cent growth last year and should keep the result in 2017. This, of course, associated with the removal of international sanctions, as well as the arrival of foreign capital and investment. The growth became possible after coming to power in 2013, Ayatollah Khamenei and the emergence of new signs of a desire to normalize relations with the international community. This is evidenced in particular please Khamenei to former President Ahmadinejad not to participate in scheduled for spring of this year parliamentary elections. Continue is this trend? What threats could reverse its course?

— This question is raised by all. In 2016, Iran resumed economic growth because oil production has reached the level of pre-sanctions period. But will such a situation? There are several possible scenarios. If Iran will be able to attract a significant and stable volume of foreign investments (in 2015, they amounted to only 2 billion) and structural reforms, economic growth could reach a sustainable 8%, and the country will become a developed market. Otherwise, the development of the Iranian economy will be unstable, because it will be depending on oil prices. Anyway, a number of factors (the desire of the authorities to open the economy, the upgrading of the mentality and the size of the domestic market) suggests that economic growth in Iran will continue in the coming years.

— At the same time, the fall in oil prices was a serious blow to Saudi Arabia. To remedy the situation, the Prince Ibn Salman announced a “road map” of economic diversification by 2030, in particular through the development of the entertainment industry. Could this belated “Zapadnaya” to produce results, given the conservatism of the country?

— I think the diversification of the oil economy is an extremely difficult task. It requires much more than just the loud statements. Necessary to form a real tax system. To develop non-hydrocarbon exports. To create a competitive production apparatus. The right to pursue industrial policies and to shape a competitive private sector. These long-term reforms require development of the political system, because the reduction of the oil rent will change the political balance. And yet such reforms in Saudi Arabia are virtually invisible.

Even this probably still too early to say what country comes closest to hegemony in the region? Is it possible to take into account only one economic factor, when we see a worsening of relations between Shiites and Sunnis on the international scene, in particular through the prism of the wars in Iraq and Syria?

— The rivalry between Iran and Saudi Arabia, of course, exist. However, it is rather geopolitical in nature. Don’t overestimate the religious factor, although it without doubt plays a role when tensions between the Shiite and Sunni communities reaches its climax, as in Iraq and Syria. In any case, if these two countries continue to fight by proxy as in Syria, they will be among the losers. Let’s hope that Iran and Saudi Arabia can come to an agreement, but this seems unlikely given the deep-rooted on both sides of mistrust. At the same time, we see that Turkey’s position is gradually changing and now, for example, is closer to Iran’s views on Syria. Europe must take the initiative of goodwill to reduce the tension between Iran and Saudi Arabia. On future us administration to put this, probably should not…

— What consequences might result in the foreseeable future, the increasing economic influence of these countries in the middle East? And what is evident to enhance their “soft power” in the region and at the international level?

— I think that the decline of geopolitical tensions in the region would come to a more normal balance of forces. In this perspective, the rivalry between Saudi Arabia and Iran really would move more in the direction of the economy and soft power. In addition, if the political tension subsides, this may indicate the gradual development of economic ties between the two countries. One would gently suggest that such cooperation would be mutually beneficial for them. Iranian entrepreneurs looking for markets, and the Persian Gulf is Iran’s “natural” market. The formation of this regional market will contribute to reducing dependence on oil Saudi Arabia. 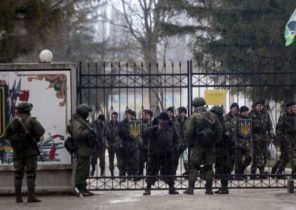 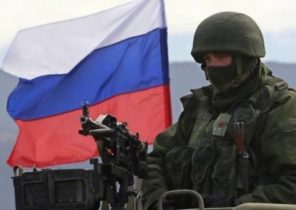