Sellers of real estate in Alytus have almost forgotten the days when the New year was returning emigrants and praised all their unsold apartments, lands and houses. Head of the Agency for real estate Alytus Miroda Rome Miccine and the representative of the Ober House in Druskininkai Ricardas, Klincare say that an increasing number of immigrants who decided not to return to Lithuania and asked to sell the last remaining property there.

The emigrants decide not to come back

The oldest real estate Agency of Alytus Miroda has been operating since 1999. Its head Rome Mitkhene says that the emigration to the capital of dzūkija in terms of real estate in different periods had different effects. In the beginning of the century, before the crisis, investing in real estate in the hometown of the immigrants increased the demand. And now there are opposite trends. Finally decided not to return home, the former litosci sell the remaining apartments here, and take out aging parents sell their home.

“In those days, around 2005-2007 immigrants brought money and bought in Alytus apartments, houses and plots. Rarely talked about the complete rupture of relations with Lithuania. Rarely sell everything. Then there was a period when the acquisition of real estate was minimal. Prices were still high, then the sellers of housing reduced, but nevertheless massively no one was buying,” recalls real estate agent.

From about 2010 was a single transaction, when immigrants were still buying plots and flats, but did it only those who decided to return to Lithuania. “They have behaved differently than before the crisis. If on Christmas eve to buy the land, prepare the project, and in the spring something begin to build. Left investors who said I have money — buy, let it be,” said Mitkhene.

The situation this year is sad

But the situation this year, the entrepreneur calls sad, as the residents of Alytus returning from abroad to sell here the last housing apartment which stood empty 8 or 10 years and they pay for utilities only to come back here for a few weeks during the holidays. “Come back to sell the house, which was never completed, areas that once were expensive and they wanted to build something,” says the agent.

It shows that the immigrants say they made the decision to take out a loan or buy a house in the country, which was once thought only earn temporarily. “Just recently I spoke with a woman who sells last apartment in Alytus, she left to her children in England, when pensions were less than 5 years. Now from Lithuania, where she worked for 30 years, receives a pension of € 200 and another 100 pounds English pension,” — says Mitkhene.

Druskininkai: 15-20% of clients — those who will not return

Meanwhile, entrepreneurs from Druskininkai, a representative Ober House Richardas Clinteas says that about 15-20% of its customers are residents of the town who emigrated abroad and decided not to return. “For example, you atates I sell the apartment of immigrants, they started to repair, but changed plans and decided to sell,” — said the representative of real estate Agency. Plots for construction of private houses interested in even fewer immigrants than apartments.

He noted that before the crisis the residents of the resort was often out of town and built a house there. Now, however, the opposite trend of the. Now apartments in the city’s more popular than land and estates. “In Druskininkai previously ran the city from the high price of heating, but the heating has fallen considerably, and if the modernization that changed the face of the city!.. For example on the street atates inhabitants of some houses pay for heating up to 10 litas per square meter, and now pay about 1 Euro”, — noted Clinchers. 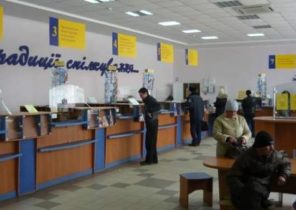 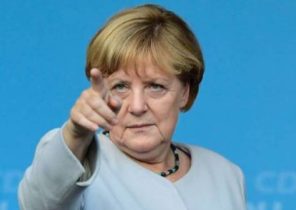