During the military conflict in the Donbas and put pressure on Ukraine neighbouring States on the Eastern border defense has become a top priority both in government policy and in the development of the country. State budgets were called “defense” and the provision on the Ukrainian army have soared to record numbers. So, last 2016 funding for the power block of Ukraine amounted to 113 billion, 20% more than the year before.

In 2017 in the defense industry will also contribute a lot. Or rather, a record 5.9% of GDP. In monetary terms, the financing of defence and security will amount to 133 billion UAH (almost $ 5 billion). However, until the world figures, this amount still falls short. The main enemy of Ukraine — the Russian Federation keeps its defence spending at a consistently high level, more than $ 70 billion. European countries in 2016 also significantly increased defense spending, in particular, the United Kingdom has allocated 55,5 billion dollars, France — 50,9 billion dollars, and Germany — 39.4 billion dollars. With regard to priorities in the domestic defense sector by 2017, they will remain unchanged. Still will primarily be financed by the program on formation of “missile shield”, namely the creation of new missile systems and artillery systems.

“We have to fulfill the state defense order for 2017, giving preference to modern missile systems, artillery systems, air defense, electronic warfare and electronic intelligence” — outlined the tasks of the Ukrainian defense industry in 2017 NSDC Secretary Oleksandr Turchynov. To strengthen the defence sector of Ukraine needs the help of the USA. Before leaving office President Barack Obama signed a defense budget that provides for the allocation of Ukraine military aid to $ 350 million. In the list of help, in addition to lethal defensive weapons, included technical support for the development of an integrated system of monitoring of the state border of Ukraine, as well as assistance in the preparation of staff officers and the high command of the APU. Regarding the results of the past year, he has become a kind of a breakthrough for the Ukrainian defense industry. Not so great in comparison with global trends, but Ukraine is still a breakthrough. UNIAN provides an overview of the main developments and novelties in the defence sector of Ukraine in 2016.

The main task for Ukrainian manufacturers in 2016 was the creation of new high-tech weapons, which should be a deterrent to the aggressive policy of Russia. We are talking about the implementation of the “Missile shield” for which the past year has been quite successful. So, in August was launched the new jet systems of volley fire “Alder”, and in November it became known about the preparation of the tests of new missiles “Thunder”, which were announced just at the end of 2016. The outcomes of the program and was so inspired by the Ukrainian military, which even led to the missile tests near the Crimea.

The situation escalated into serious inter-state crisis with mutual use of warnings about the readiness to retaliate to protect their interests. However, the threat remained only in words — the tests of the Ukrainian missiles were successful, the reaction from the Russian side was not. According to the Director of information and consulting company Defense Express Serhiy Zgurets, the successful results of the December missile tests showed that Ukrainian enterprises have implemented a program for the extension of the use of missiles for air defense.

As the expert noted, the last work on the life extension of missiles held in 2007 in cooperation with Russian companies, and the period of use of the missile was extended to 2012. “This means that after this time all the missiles, which are equipped with complexes “s-300″, and today there are about 35 divisional complexes, did not have a clear guarantee that during the execution of combat missions all the missiles will come with the trigger and will destroy air targets,” — said the expert. In late December, the Cabinet issued a decree authorizing the Armed forces in case of emergency, to shoot down aircraft that violated the country’s airspace. To cost to remind that in the last few years the Russian air force regularly violated airspace in the Baltic region and several Western European countries.

One of the main achievements in the development of new weapons has been the emergence of armed drones on the stands of Ukrainian companies. So, in the summer the state concern “Ukroboronprom” presented a combat drone Phantom. According to the developers, remote-controlled minibrewerysystem can accelerate up to 38 mph, has a cruising range of 20 km, as well as curb, day and night sighting systems, is able to aim at a distance of 1000-2000 m. of Course, this instance is far from a serial products, which are used by the armies of the United States and Israel, but his presence has opened up another niche in the defense sector of Ukraine. Later, a similar design presented and shipbuilding plant “Lenin’s smithy”. Combat robot “piranha”, presented in the fall at the stand of “the forge”, is armed with a 12.7 mm machine gun that can be modified 40 mm grenade launcher and has a range of 2 to 10 km.

Also in 2016, according to the plans of the military leadership was supposed to be the year of the appearance of another important for the Ukrainian army weapons and strike drone. According to Turchynov, Ukraine has the necessary potential for the production of such equipment. To implement the project impact drone, in the opinion of the Secretary of the Council, could the state enterprise “Antonov”. Nevertheless, it was shown only a model of the impact of the UAV “Turtledove”. According to Turchynov, the project needs improvement, testing will be conducted in 2017.

The Achievement Of “Antonov”

Along with missiles, one of the main newsmakers of 2016 was the aircraft. In particular, the state enterprise “Ukroboronprom” — “Antonov”. The first General attention was attracted by a forgotten Ukrainian “Mriya”. The biggest airplane in the world in may for the first time made the flight to the Australian continent, which caused a stir among the local population. At a solemn meeting of the Ukrainian plane have gathered tens of thousands of Australians. After this wave of interest in “Mriya” has come to Ukraine. The plane, which for two decades has operated flights worldwide, was a few days home “Peremoga” in the Ukrainian media.

Later, the network has stirred up another bit of news related to the main brainchild of Ukrainian aviators. In August, after talks in China, the network has spread information about the alleged sale of the Chinese technical documentation and licenses for the production of “Mriya”. Representatives of “Antonov” and reassured the public — this information is slightly exaggerated. According to the ASTC, Ukraine and China agreed on the completion of one “Mriya”, the fuselage of which is already a few decades collecting dust in hangars of “Antonov”. In addition, the parties agreed on joint production of “dreams”, but in the Chinese territory.

Another important event on the aviation market was the presentation at the end of the year the new aircraft An-132. The project was implemented by the order of Saudi Arabia and have become another hallmark of the company. By the way, this instance was the only plane that released “Antonov” in 2016. Although the management of the company is set up to do “Antonov” locomotive of the development of the economy, the situation is actually not so rosy. First, the company does not have a clear set of orders. At the last press conference, the leadership of “Antonov” ignored the question of the UNIAN reports about the volume of firm contracts for the production of aircraft.

In addition, according to “Antonov”, to start the serial production it is necessary to attract about 700 million dollars of investment. So while only chance to start serial production of aircraft is the An-132. If the test aircraft, is scheduled for spring 2017, will be successful, then Saudi Arabia is ready to sign a contract to supply An 80-132.

Innovations from the private sector

One of the achievements of 2016 in the arms market has been the emergence of serious competition from private companies offering their versions of new or modified weapons. At the autumn exhibition “Arms and security” was presented several dozen armored vehicles, which can be supplied to the Ukrainian military in the ATO zone from all the famous KrAZ “Spartan” new vehicles “VARTA” and APC “Otaman”.

Also the aforementioned “Lenin’s smithy” presented a light-armored vehicle “Triton-01”, and the automobile company “Bogdan” was presented at the exhibition renewed armored vehicle “bars-8” is mounted with the combat module “Taipan”, developed by the state enterprise “Spetstechnoexport”.

According to experts, the potential of private enterprises has grown so much that they are on a par with exporters to gain access to the world arms market. “Today there is no equal conditions for private enterprises and the state. It is necessary to liberalize foreign trade. The system that we have since 1996, with the beginning of the “UkrSpetsExport” is yesterday”, — noted the Director of the research Center for army, conversion and weapons of Ukraine Valentyn Badrak. According to him, recently the number of private defense companies has increased dramatically and exceeded the number of state in the defence sector. “If earlier we knew only the “Motor Sich” and “AvtoKrAZ”, but now more than 150 enterprises and their share in production exceeds 2/3 of the market”, — said the expert.

Replenishment of the Ukrainian Navy

After the annexation of Crimea by the Russian Federation, Ukraine lost not only the Peninsula, but also dozens of ships locked in the Harbor. The already obsolete Ukrainian Navy was almost completely disabled. However, in 2016 in this direction start positive changes. In April last year at the plant “Lenin’s smithy” was laid 4 small armored artillery boat project “Viper” for the Ukrainian Navy. Just until 2020, the Ukrainian military must get 20 of these boats.

At the end of the year the plant was laid two more armored assault boats of the type “centaur”, which are a further development of the line boats “Gyurza”. By the way, the first two boats of the type “Viper”, launched in late 2015, in 2016 successfully passed the test and 6 Dec joined the Ukrainian Navy. In addition to building new boats, the work was performed and repair of the main striking forces of the Ukrainian Navy — frigate “Hetman Sahaidachny” and missile ship “Priluki”. 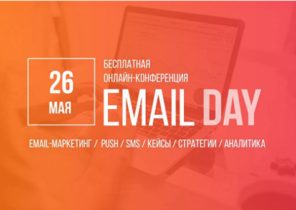 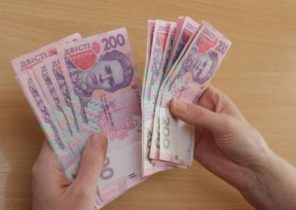