“I want our young people know that they matter. So don’t be afraid. Focus. You have the right to a good education,” she said.

In the end, holding back tears, she added: “to Be your first lady is the greatest honor. I hope you were proud of me.”

“We can be whatever we dream” – Michelle Obama says in emotional final speech as First Lady pic.twitter.com/FDAQeSSCT1

Recall that Michelle Obama was mistress of the White house for two presidential terms of Barack Obama. Republican Donald trump was elected President of the United States in the elections of November 8, he will take office on 20 January 2017. 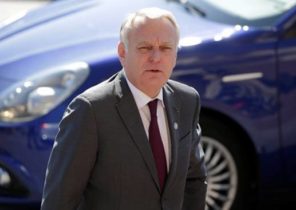