In the network appeared the photo as a two year old daughter of former world Boxing champion Wladimir Klitschko and his girlfriend Hayden panettiere Kaya Evdokia skiing at a ski resort in Austria.

Recall that the Klitschko brothers along with his mate went to celebrate the New year in going to the hotel Bio-Hotel Stanglwirt in the Alps, where Klitschko is traditionally prepared to his fights.

40-year-old Vladimir his next fight will hold on April 29 in London at Wembley stadium. Rival, IBF champion Anthony Joshua. At stake will be the WBA and IBO belts. 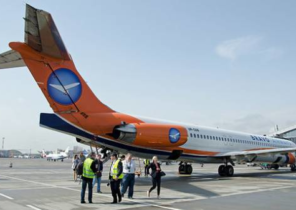