In 2017, according to analysts, the dollar in Ukraine will be sold at least 30 hryvnia. One of the main reasons for the devaluation – billions of dollars will have to pay for debt service. The rate of the national currency this year depends on many factors, including corrections in foreign markets and cooperation with the IMF. The website “Segodnia” found out what the dollar will be in Ukraine in 2017.

The hryvnia at the peak

At the beginning of 2014, the dollar in Ukraine were sold for eight hryvnia, and by the end of the year for 15 hryvnia. As a result of military action, economic decline and the loss of part of GDP, the hryvnia devalued at a record pace – up to 24 USD by the end of 2015 and to 27 hryvnia in mid-2016. Experts agree in opinion that in 2017 the rate of the national currency devalues until at least level 30 hryvnia per dollar

Thus, large amounts of currency have to spend to service public debt and the stability of the hryvnia including will depend on cooperation with the IMF.The U.S. dollar exchange rate in 2016 will approach $ 27 hryvnia for one dollar, the Executive Director of the international Fund blazer Oleg Ustenko. In the beginning of 2017, the situation will not change dramatically. According to experts, by the end of 2017, the hryvnia will fall in price up to 30 hryvnia per dollar. “The course will be no major shocks up to 30 hryvnia to the end of the year,” – said the expert. At the same time Oleg Ustenko notes, this scenario may “shake”, for example, the political crisis. In such a situation, the prognosis may be less optimistic.

“The course will be no major shocks up to 30 hryvnia to the end of the year,” – said the expert. With the opinion of his colleague agrees the President of the Ukrainian analytical center Alexander Okhrimenko. “Probably until the end of the year the rate will be around 27 hryvnia for one dollar. Might be oscillation 20-30 cents more or less, but this is normal. At the beginning of 2017 may be a substantial growth rate. You will need to service the public debt, it matters. And, accordingly, the purchase of gas will be imported, is also affected. There may be some growth,” – says the economist.

At the same time, the draft state budget for 2017 is projected that the U.S. dollar exchange rate in Ukraine will be at the level of 27.2 hryvnia.

Why devalue the hryvnia and what this means

As explained in the NBU, the hryvnia exchange rate impact: Off course depends, including energy tariffs. So, the price of gasoline by 70% depends on the dollar. As explained by the Deputy Director of STC “Psyche” Gennady Ryabtsev, 85% light oil products Ukraine imports, moreover, in the currency you have to pay taxes – as a result, one of the main factors that affects the cost of gasoline at the gas station – the exchange rate. The expert says –the new rate must be fixed for at least two weeks.

Along with the dollar more expensive imported equipment and products. According to the ex-Minister of Economics Viktor Suslov, import prices increase in proportion to the growth of the dollar. So, if the dollar will rise to 27 hryvnia, and imports will become more expensive by 10%. And this, in turn, will affect the inflation rate.

Of the hryvnia depends on the price of gas for Ukrainians. According to calculations of the Ministry of economic development and trade of Ukraine, the cost of imported gas are converted into the national currency at the rate of 26.7 (as according to the forecast, it will cost a dollar in Ukraine in 2017) and to it was added the VAT rate for transportation and trade margin “Naftogaz”. If the dollar will exceed 26.7 hryvnia, gas can rise.

In addition, the hryvnia exchange rate “pegged” the prices of apartments and cars. If, for example, the apartment cost 30 thousand dollars at the moment will cost 763 thousand, by the end of the year at the rate of 27 that same apartment will cost 810 thousand. The same situation exists in the automotive market. 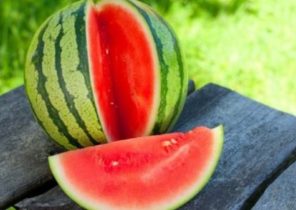