700 law enforcement officers to ensure order during the torchlight procession for the birthday of Stepan Bandera in Kiev, the press service of the National police of the capital.

“To monitor compliance with public order will be a sufficient number of law enforcement officers of structural divisions of the capital dome. Reinforced police will be on duty in the city center, public transport stops and in metro,” – said the police.

Police urge participants of the mass events, residents and guests of the capital not to break the law, to comply with rules of conduct.

Recall, January 1 on the occasion of the anniversary of the birth of Stepan Bandera in Kiev and other regions of the country in recent years are events.

In the capital today at 18:00 will be held a torchlight procession in honor of Bandera. Its route will pass the Central streets of the capital: Vladimir, bul. Shevchenko, Khreschatyk and will end at the Independence square. During the campaign planned fire show during the passage of the procession past the metro station Khreshchatyk.

Stepan Bandera was born January 1, 1909. We will remind, the first major nationalists March in Kiev took place in 2012: supporters of “Freedom” marched in honor of the 70th anniversary of the UPA. 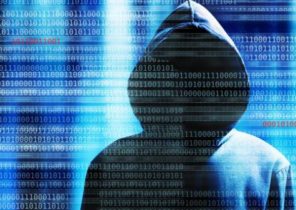