Battle with ISIS (a group banned in Russia) in Mosul left in the shade after the victory in Aleppo. But to expel ISIS from Mosul is difficult because the local population supports the extreme positions. This is the opinion of researcher.

The crises in the middle East happens so often that when one breaks, like Aleppo, on the other forget. But in Mosul the situation is constantly deteriorating.

As Russian warplanes struck at the Islamists and the civilian population in Aleppo, Syria, the attacks in Iraq’s Mosul put American planes. In a big city entrenched Islamic state, ISIS.

Chlorine as a weapon of mass destruction

The offensive in Mosul, loudly began in October, stuck with it, and currently none of the parties to the conflict can’t defeat the opposing side. The war is in full swing, in a combat zone, there are approximately one million people.

And approaching a new big problem. Winter comes, half of the population of Mosul will probably remain without water. Winter is holding back the advancement of the Iraqi infantry units in the district of tal Author, located between Mosul and the Syrian border. The aim of the offensive is to defeat ISIS in Northern Iraq. According to the plan, Mosul needs to be isolated from Raqqa, which is the capital of LIH on the other hand the Syrian border.

Last week Iraqi forces entered the district Surgut, located about 100 kilometers South of Mosul. The occupation of the region was celebrated as a great success.

“Iraqi forces have cleared most areas in Surgate from the terrorists of ISIS,” said EHA Rasul, the official representative of the armed forces of Iraq, in an interview with Iraqi journalists.

According to the International organization for migration, at least 118 thousand inhabitants fled Mosul after the offensive began in October.

According to Kurdish media reports, is located in the Eastern part of the city, ISIS as a weapon of mass destruction uses chlorine to force the retreat of the Iraqi army.

“Thank God, no one died, but some of our soldiers had trouble breathing,” — said the Iraqi commandant in conversation with Kurdistan24. According to him, it was at Tamina on the Eastern outskirts of Mosul.

The part of the city

But, according to one Iraqi researcher, the reality in Mosul looks much more complicated than I think many outside of this city.

According to the Iraqi residents of Mosul support the Islamist position, so do not get to “run” the extremists back to where they came.

“They’re all mostly from Mosul, are the locals, they were born and raised here. And it requires the use of other approaches,” says al-Khattab, who also cooperated with Columbia University in new York.

Many activists of ISIS in Mosul, presumably, served previously in a terrible Republican guard of Saddam Hussein. The terrorist regime of Saddam Hussein, it was the most odious part of the army. In 2003, when his regime was overthrown, the Republican guard lost their power and their privileges. For many military Saddam Islamist group ISIS has become an organization that can be used to deal with the new Central government in Baghdad.

“Mosul will be liberated sooner or later, that’s for sure. But just don’t use “occupied”, because we are talking about the locals who are in the city,” says al-Khattab.

In June 2014 a small unit of no more than 200 ISIS militants were able to seize Mosul, the second largest city in Iraq. The reason for such easy takeover of Mosul was that the population really hated the troops of the Central government in Baghdad, dominated by Shia. Most of the Muslims in Mosul are Sunni.

But the war is still fierce. After the start of the offensive on the ISIL in Mosul in October, the Iraqi government forces found mass graves. Recently ISIS militants have Packed the explosives in a six year old girl and asked her to go to the Iraqi soldiers in Eastern Mosul.

It is unclear how high the morale of ISIS militants in Mosul. Last week, Twitter published the photo, which may indicate a crisis, if this is a real photograph. Photo shows the remains of a large shaved beard on the floor, probably in Mosul. It is assumed that the ISIL fighters shaved their characteristic large beard, to escape from the city with the refugees.

“After the fall of Mosul the war is over. The militants will delay the building projects of the state and, most likely, will go underground to continue the war using suicide bombers,” said al-Khattab. 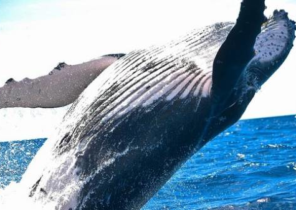