The danger is that the US and Russia to distribute among themselves the areas of interest, enabling the allies to the role of spectators.

Appointed Secretary of oilman Rex Tillerson (Rex Tillerson), Putin was awarded the Russian order of friendship, Donald trump showed that he is not joking, speaking about the desire to destroy the existing order of American foreign policy. He seems determined to apply to relations with the rest of the world is the same logic that allowed him to amass a large (and questionable) state that combines nationalism and mercantilism, authoritarian, indifferent to the arguments of politics and appears as an alternative overage multilateralism. Thrown China Taiwan trump to open Pandora’s box nuclear with Iran and the question of NATO over the whole of this sequence the cynical actions is the priority of relations with Moscow.

After the transition to a market economy, Russia inherited more disadvantages than advantages (if you look at the new Russian tycoons in memory there is an image of the “robber barons” John. P. Morgan and Stanford and played their role in the development of the US economy in the late 19th century, with the difference that at that time was not financial companies, helpful Cypriot banks, and the profit, anyway, had to invest in a country…). Russia is experiencing a deep social and economic crisis, but remains a permanent member of the security Council.

The idea that has suffered the defeat of the Soviet Union may suddenly after the end of communism to become a faithful ally of the West existed as much as a momentary lapse on the “end of history”. 70 years later the UK still has not recognized the loss of its Empire: the idea that the Soviet Empire for several years, will take his defeat was a mistake associated with following ideology and superficiality. This combination contributed to nationalism, imbued with the nostalgic revanchist sentiments on the basis of which Vladimir Putin has achieved recognition as steady as widely spoken in the country way of identity and the role that it so unjustly deprived.

The path in the direction of Moscow’s trump for using “new Yalta agreement”, in which the two superpowers — one virtual and the other, tending towards isolationism — will determine their interests, giving to allies and partners the role of interested spectators. This is a realistic assumption that like Putin, but that in the interests of Europe will need to resist, insisting on a common approach, reflecting the position of all stakeholders. This approach would take into account the interests of those for whom the relief of the sanctions regime is the necessary breath of air, and those for whom they provide protection against new authoritarian temptations. This approach would be another reminder that the election democracy and freedom are an unquestionable values and would define the boundaries within which to exist, without questioning the fundamental principles.

The fact that Russia and Europe do not share fully the same values and should co-exist, maintaining a complex balance based on shared priorities and the waiver of violations is given. European allies need to do their job, seriously reflecting on its role in NATO and entity guarantees that they are ready to sign within the framework of the Atlantic Alliance. Russia should recognize that the development of history imposes limitations on its area of influence, and the “grey areas” should be run together.

Offering updated “Helsinki method”, Minister Gentiloni (Gentiloni) and his Austrian and German colleagues pointed out the place where will be possible to begin the unification of conflicting interests. In the Finnish capital in 1975 in the Final act of the conference on security and cooperation in Europe was established ten basic principles, which allowed us to move from the acute stage of the cold war to cooperation between the two blocs, where each, without abandoning their own identity, determined the scope of application of the General interests. It was a real success policy Kissinger, who at the time was mistakenly seen as a capitulation to Brezhnev. Today’s Europe is not the same as before and makes no sense, obviously, to talk about the blocks: “Helsinki” method would, however, allow the still-existing design discrepancies.

Review these ten principles would allow a different approach to the resolution of the Crimean crisis and find ways of solving the Ukrainian question.

Italy, which next year will take over the chairmanship in the OSCE, there is an important foreign policy chance. However, caution: “Helsinki” method does not allow to resolve conflicts, but gives the tools to solve the issues after understanding each other; it happens (and for us it is a real advantage) in a General context in which everyone is called to contribute. It is not the ideal context for Putin and trump, in contrast to the Europeans, and especially from the presidency of Italy. 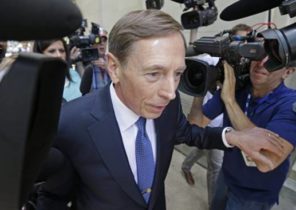