The aircraft arrived at the training center of the air force people’s liberation army of China in Cangzhou, Hebei province, just in time for Christmas following a flight from Komsomolsk-on-Amur aircraft production Association (KnAAPO). It is stated in the blog BMPD, published by the Moscow Center for analysis of strategies and technologies.

According to the administration of Komsomolsk-on-Amur, the first four su-35 was officially handed over to Beijing on the 20th of December, but flew to China on December 25. Initially, the Russian had to put these aircraft in early 2017, but agreed to accelerate the transfer to Christmas. On the website of the administration of Komsomolsk-on-Amur, said: “the Fighters successfully arrived to your destination”.

Signed in November of 2015 the Russian-Chinese contract provides for the supply of 24 su-35 aircraft worth approximately two billion dollars. At first the Russians wanted a much larger order, but they had to agree to the terms of Beijing. The Russians fear that the Chinese will try to copy the advanced technology of the su-35 as they did before with other weapons systems. “Russia and China signed an agreement on the protection of intellectual property, said in a statement on the website of the administration of Komsomolsk-on-Amur. The fighter will be protected from unlicensed copying”.

But Russia understands that the agreement with China on the protection of its intellectual property may well be meaningless.

Speaking on 15 November at lunch in the Center for the national interest (Center for the National Interest), the General-the Lieutenant in resignation Evgeny Buzhinsky, Chairman of the Council of the Russian PIR Center, said that Russia does not intend to transfer to China most valuable technology without taking precautions. Chinese version of the su-35 will differ from that used in the Russian air force. “We have an export version and a version for internal use, said Buzhinsky. — The Chinese are very good at copying anything and everything.”

However, Russia believes that her technique in the hands of the Chinese will be safe, first and foremost, the critical engine AL-41F1S company “Saturn”. “They can’t produce engines, said Buzhinsky. — We have agreed to supply engines for the su-35, but luckily, as I said, technical colleagues, to copy this engine is almost impossible, since it is almost impossible to get to the heart of that engine without breaking it completely.”

But it cannot be excluded that the copying technology has become Beijing’s main motive when buying the su-35. China is developing its own advanced fighter stealth like J-20 and J-31, however, the Chinese are far behind in the development of jet engines. It is known that the J-20 is installed on the Russian engines AL-31ФН company “salute”, which was designed for the models of the Russian su-27.

Although Moscow is confident that China will not be able to accurately copy the advanced technologies of the su-35 and s-400, Beijing proved that it very ably carries out the theft of technology. It is unclear how effective will the Kremlin protection, not giving the Chinese to reproduce the equivalent of the su-35 and its engines to original sample. Only time will tell. 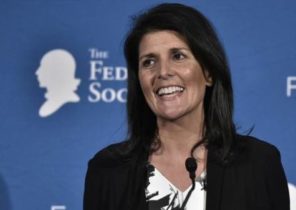