From Zamir Kabulov good name and great track record. Transformed into diplomats, a former KGB agent in Kabul has now become a special envoy of Vladimir Putin. He knows all the main protagonists and goes on all camps. He agreed in 1995 with the Taliban about the release of the Russian crew in Kandahar. Today it becomes a symbol of the rapprochement between Moscow and the rebels. Because the background of the threat of extension DAYS (banned in Russia, ed) in Central Asia “Taliban interests coincide with ours”, — he said last year. “Whether we like it or not, they represent a political force,” he repeated November 15, the Turkish news Agency “Anadolu”.

For mutilated Afghan capital’s protective walls often heard the question: how far will the Russian support for the armed opposition? Could it be that the Russian government, which has generously passed on in February of this year, Afghan authorities 10 thousand rifles with ammunition, and simultaneously supplies the rebels? Many believe that, although the evidence is virtually none.

“We know that the Russians and the Iranians helped with weapons and tactical advice to the Taliban, who fought with the Islamic state in January 2016 in Nangarhar province. Some of them had a Dragunov sniper rifle, which is very hard to get,” says a former member of the Afghan national security Council Ali Mohamed Ali. In addition, Moscow and Tehran suspect that the transfer of some of the commanders of the insurgents in Kunduz during the capture of the city in October 2015. “The rocket did go through Tajikistan, continues the consultant. Only if they were delivered by smugglers on the black market or supplied directly from the consent of Dushanbe and Moscow?”

In General, on Afghanistan, one way or another, there is a weapon of any caliber. In this country with leaky borders, where for almost 40 years there is a war, it is very many people. One former Mujahideen out of Kabul has the whole Arsenal: more than 60 rifles including the SVD and AK-74. They were all taken from Soviet soldiers in the 1980-ies. “During the Russian occupation of supplying Stinger missiles to the Mujahideen by the CIA helped to turn the tide of war, he says. — If the Russian will now give MANPADS to the Taliban, things will change. To my knowledge, was transferred to four sets, but two have already shot”.

Such statements should be approached with caution. Another close to the rebel source also speaks of “trials” anti-aircraft missiles in Paktia and Kandahar. However, the Taliban tend to spread false information. And although they are obviously actively trying to acquire MANPADS and explicitly asked Moscow, it is unlikely that such weapons they already have. “The country will not fly any flights from the UAE or Turkey, no helicopter, this red line” — ironically working in Kabul the representative of Europe. “The Russians are playing a double game, but that risk will not go,” adds a senior representative of the Afghan intelligence.

Russia seeks to consolidate its position in the markets of Central Asia, criticizes (and really mediocre) performance of NATO in Afghanistan and is convinced that DIS — designed to destabilize the creation of the United States. Therefore, Moscow is actively maneuvering. Russian authorities exchange information with the Taliban, who are fighting against the Islamic state (banned in Russia, ed.), but “our contacts are aimed at ensuring the security of the Russian missions and citizens, says Zamir Kabulov. — Furthermore, we call on the Taliban to end the war.”

In December in Moscow will host a trilateral meeting on Afghanistan with participation of representatives of Russia, Pakistan and China. All this feeds the arguments about the formation of a new axis in anticipation of the inauguration of the new President of the United States.

“Emirate”, as it dubbed itself the Taliban, can only benefit from the participation of regional players in the conflict. He has already opened an informal representation in some Central Asian countries, including Tajikistan. In July, his representatives visited China. Before his leadership is a triple task: to distance himself from Pakistani patrons, to enhance political legitimacy and to find new sources of funding. The broad-based diplomacy began at the time the successor to Mullah Omar, Mullah Mansour. “It played a role in his removal by the Americans in July — said the European diplomatic source. Just the Taliban are one thing and the Taliban with ties with the Iranians and Russians are different”. In any case, to end Zamir Kabulov is not going to. 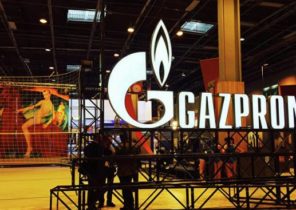 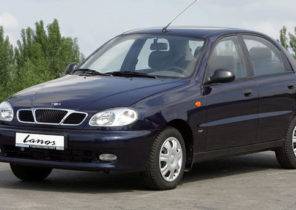