The gold was worth more than $ 2,000 per Troy ounce. It is connected including with coronariana. But the real reasons are deeper — scale change draws attention to the policy issues of Central banks: how they treat the Euro, the dollar, etc.

Within a few weeks the gold double-set historical records. Only in June the price of gold in dollars broke the old record of September 2011 — then precious metal was worth 1921 the dollar. And now for the first time on Tuesday the price of gold exceeded $ 2,000.

This clearly shows the dynamics of what currently prevails in the market of precious metals. The reason of strong growth constantly referred to the uncertainty associated with the consequences of coronaries for the world economy. It is also the case, but the root causes go deeper.

In order to understand them, you need to look into the past. Lasted many years record September 2011 was associated with confusion around the Euro because of the currency crisis. Only the promise of the ECB in the person of Mario Draghi’s “whatever it takes” to save the European currency then reassured the markets. As a result, the price of gold fell again, including because there was investment alternatives in the bond market, which — in contrast to interest — free gold you can get profit.

Now the situation has changed. It is necessary to consider the collateral damage faced by the major Central banks: because of the sagging market of government bonds today in the world of paper in excess of 14 trillion. dollars bring negative returns. And this is worldwide — not just in the Eurozone.

For several years it is possible to observe that this development is always correlated with the price of gold. Major investors, apparently, shift money from investments that find negative returns in the precious metal, which although does not bring percent, but, at least, not pulls from the pocket of depositors penalty interest rates.

Trillion-dollar aid packages that governments and Central banks now sent to fight a ruinous impact of coronavirus, only reinforce this trend will strengthen. Although it is worth noting that, in General, help the economy, subsidies to the affected are the right solution.

Now comes the day of reckoning for that policy for almost a decade of lost time, which for them was making his tough policy of Central banks. The politicians had time to after the devastating financial crisis and the collapse of the Euro zone with decisive reforms to stabilize the foundations of public Finance. And no one knows how much time and how much will be needed aid packages. If there’s a second wave of coronaries, it can lead to the need to undertake comparable in cost share for the sake of economy.

While the debt burden of Western countries before the pandemic coronavirus was huge — and for many, as, for example, for Italy, was on the shoulder just because the Central banks kept interest rates at a low level and thus redistributed funds from the citizen to the state.

But now continue to increase the quota, and States are approaching the limits of their ability to pay regular interest on the debt. And this affects the price of gold: the credibility of the currency has fallen — so, increasing the price of gold substitute for these currencies. Now, with hindsight, we understand, in whose interests the lowest point the price of gold fell on the period of formation of the Euro. The single currency since that time lost against gold about 80 percent of its value.

Many professional investors and just people, in whose sight now falls gold’s record-breaking growth rates, ask now a question: and whether to continue growth in the future? It depends on many factors. A lot will depend on if they’re the Central banks policies and stable currency as a self-sufficient value. And if Yes, how strongly they will be the most valuable to protect. 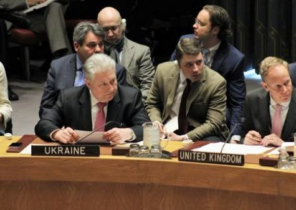