The dollar on Monday after remarkable growth in the official exchange rate of NBU on July 17 on the interbank currency market of Ukraine trades at 27,37 hryvnia, although the first quotes for the sale reached the mark of 27.45 hryvnia to the dollar. Such data to the website “Today” was given the head of Department of Analytics GK Forex Club Andrey Shevchishin.

“Such dynamics is observed after the Verkhovna Rada of Ukraine on proposal of President Vladimir Zelensky has appointed Kirill Shevchenko, head of the National Bank. In his speech before the people’s deputies of the Shevchenko stated that inflation targeting, which has proven its effectiveness in the years 2014-2016, in the current environment should be responsible not only macro-financial stability, but also to create conditions for further economic growth of the country. In fact, we are talking about how to donate to low inflation to maintain economic growth at the expense of additional incentives via the issue of the hryvnia. Also, the market expects the devaluation of the hryvnia, which will stimulate exporters. With inflation and devaluation of the hryvnia will increase budget revenues. Accordingly, the market wins back the new plans by the regulator depreciation,” explained the analyst.

In Ukraine soared, the Euro: the expert called the cause

He predicts that soon the hryvnia will continue to devalue, and can fall to the level of 27,4-27,5 UAH/USD.

“Overall, the market moved into a new trading range – 27-27,5 hryvnia to the dollar. Monitor the actions of the NBU, which interventions or foreclosure will show how this range meets the new requirements,” said Shevchishin.

We will remind, the previous head of the NBU Jacob Smoliy wrote a resignation letter in which he complained of political pressure. In turn, the President’s Office said that the priority is to ensure the independence of the national Bank. July 3, the Verkhovna Rada dismissed Yakov Smoliy from the post of head of the NBU. 16 July, the Chairman of the national Bank was appointed Kirill Shevchenko. 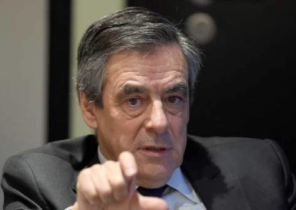