Michalczewski was involved in creating the illegal authorities on the Peninsula

Dniprovskiy district court of Kiev on materials of security Service of Ukraine was sentenced to 10 years in prison , former “Minister of health” of temporarily occupied Crimea Peter Mihalkovskogo. About it reports press-the SBU center.

“In early January 2018, the employees of the security Service of Ukraine has established the fact of being Mihalkovskogo in Kiev. He was directly involved in creating the illegal authorities in the temporarily occupied the Peninsula. In the framework of criminal proceedings law enforcement officers seized “official” passport of the citizen of the Russian Federation, “the business card” signed by Aksyonov and other documents confirming his collaboration with the occupation authorities”, – stated in the message.

Crimean Deputy, the traitor thrown in jail in Ukraine

Mihalcescu it was reported about suspicion in granting to a foreign state in conducting subversive activities against Ukraine. The court found him guilty of committing crimes under part 1 of article 111 (high treason) of the Criminal code of Ukraine. 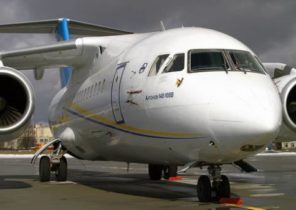