2020 will be an important year for the Solar system. In July Mars will leave just three spacecraft. The first of them will be the mission of the Emirates of the UAE Mars Mission, then the mission will be Chinese Huoxing-1, and then the mission of the American Agency NASA Mars 2020. These three countries will launch its mission to the red planet. However, if they for some reason miss their launch window whose duration is only for two weeks, they will have to wait for the next opportunity until September 2022.

Why a mission to Mars can only be sent once in two years?

All in celestial mechanics.

Which missions are sent to Mars this month?

In July 2020 to Mars will be sent three missions.

The mission of the Emirates of the UAE Mars Mission:

The first interplanetary launch from the United Arab Emirates, and the first interplanetary launch by Arab countries — to be implemented with Japanese cosmodrome “Tanegashima Space center”. This can be done starting from 15 July. A probe called “Hope” (“Nadezhda”) will reach the orbit of Mars in February 2021 and will examine what impact the lower layers of the atmosphere of the red planet have on the upper layers.

The mission of the China national space administration “Huoxing-1”:

Chinese mission “Huoxing-1” (translated as “Mars-1”) should start from the island of Hainan. It will include the Orbiter, the lander and the Rover. Under this ambitious mission, it is planned that the Orbiter will go into orbit of Mars is about 11-24 February 2021, and April 23, 2021 Rover will land on the surface of the planet, he will explore for 90 days.

It is planned that starting this mission will take place on 30 July 2020 from space launch complex 41 in Cape Canaveral, Florida. Initially it was planned to launch 10 days earlier, but the Agency NASA decided to postpone the launch. In the framework of this mission, the Rover is “Perseverance” down to the crater Lake on Mars 18 Feb 2021. It will search for signs of ancient life and gather samples of rocks and soil, which will then be delivered to the Earth.

How about a joint Russian-European mission “Eczemas”?

In July, Mars was supposed to start four missions, but the pandemic covid-19 put a cross on a training mission “ExoMars”, which is a joint program of the European space Agency and the Russian state Corporation “Roscosmos” on the exploration of Mars. She had to start from the cosmodrome “Baikonur” on July 26, 2020, but its launch was postponed in September 2022, and the surface of Mars, it will reach only in may 2023.

Why all decided to go to Mars at one time?

In accordance with the principles of celestial mechanics, the window for making effective and economical flights between Earth and Mars opens every 2.2 years. The earth completes one full rotation around the Sun for 365 days, and Mars is required for this 687 days is 1.88 earth years, resulting in an orbital resonance, in which Mars and Earth, is 2:1.

That is, the Earth “overtakes” Mars every two years, and at this point of the planet for a short time be in a row, appearing at a minimum distance from each other. That is, immediately before the onset of this time of flight between the two planets takes a minimum amount of time.

Mars mission flying through the so-called Romanovskoj trajectory, which represents the elliptical orbit, so they must be run just before the Earth will “overtake” Mars.

Unless the spacecraft can fly further and faster?

In this case, it all comes down to the ratio of fuel volume and weight of the apparatus. “To launch the spacecraft in about every two years when the orbits of Earth and Mars begin to converge, because in this case the unit will need to surpass the minimum distance, that is, it will need less fuel”, — explained in an interview with Forbes Sarah al-Amiri (Sarah Al Amiri), the Minister of high technology in the UAE and Deputy project Manager Emirates Mars Mission.

“Typically, about 50% of the weight of spacecraft leaving Earth, spent on fuel, which increases costs and adds complexity. That is why the runs are always made in a launch window that opens every two years.”

Why do these three mission launch window is a little different?

Launch window for the three Mars missions differ from each other only for a few days. For example, a NASA mission launched just a few days later the mission of the United Arab Emirates. Why? It’s all about the rocket. “The launch window can vary depending on the type of missiles that can give you a day or two on each side of the start screen,” explained al Amiri.

What happens if one of the three spacecraft will not be able to start at the right time?

From a practical point of view, this should be good — the launch window is long enough, and it will surely be enough to ride out possible adverse weather conditions.

But, if for some reason this does not happen, the launch of the mission will have to be postponed until the moment when the launch window opens again in 2022.

This will be the next “year of Mars”.

Mars is “in opposition”

While you are waiting for launching missions to Mars, you can mark in your diary a curious date — 13 October 2020, when Mars will enter into “opposition”. At this point it will be at a minimum distance from the Earth, that is, it would be the perfect time to be in the middle of the way between Earth and Mars — that and running Homanovska trajectory.

At the time of opposition, Mars will be the brightest Shine in the night sky. It will be raised at sunset and lowered at sunrise, that would be the perfect time to take a telescope and examine our closest neighbour. Technically it would be the most appropriate time since 2003.

Thus, if you are planning to launch a mission to Mars or just to observe this planet through a telescope, you will always be helpful to know exactly what is happening right now in the Solar system. 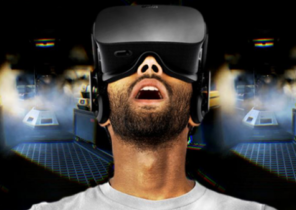