The purpose of the work “From the Soviets before the oligarchs — inequality and property in Russia 1905-2016” Novoco Philip (Filip Novokmet), Thomas Piketty (Thomas Piketty) and Gabriel Zucman (Gabriel Zucman) has been to build a clear line on the basis of disparate sources, including national accounts, surveys of certain fiscal and household data.

Although resources, of course, there are gaps (they cover a period of more than a century), it still allows to identify possible trends to review the political transformations in the light of inequality in Russia. These changes, primarily the Bolshevik revolution of 1917 and the fall of the Berlin wall in 1989, resulted in, respectively, the Declaration’s egalitarian (generative dependency — approx. ed.) of the Communist regime and the formation of post-Soviet strategy of “shock therapy”.

More specifically, from 1905 to 2016 schedule of income inequality and the condition resembles the letter U, and it can be divided into three stages: 1905-1917, 1917-1989 and 1989-2016. Remotely similar situation was observed also in Europe and the United States. In modern Russia, by 1% of the population accounts for 20% of national income. Albeit to a lesser extent, a similar trend is observed in the United States and Europe, where political, economic and technological changes of the mid-1970s, years struck the ceiling of the inequality at the end of thirty glorious years.

In Russia, this U-shaped graph is more pronounced in connection with the scope of change in the country throughout the twentieth century, in particular in the field of property rights and economic coordination. The beginning of the post-Soviet transition process has entailed a strong growth of income inequality since the liberalization of prices and chaotic monetary policy resulted in inflation of 1 thousand 500 percent in 1992 and 900 procentov in 1993. Hyperinflation was a blow to people whose incomes are not indexed, particularly for workers with low wages and pensioners who have lost all savings.

In parallel, the privatization of state enterprises was conducted for the benefit of the extremely limited group of individuals, the oligarchs, who had acquired a considerable share of national wealth and brought most of the revenues abroad, which only increased capital flight. Although the national income per inhabitant increased from 11 thousand to 23 thousand euros from 1995 to 2016, inequality increased due to financial instability and relies on oil rent to economic growth.

The growth of private wealth at the expense of state

The end of the Communist regime (and with it the number of fundamental freedoms and non-economic inequalities) resulted in a profound change of national wealth, since the growth of private wealth was carried out to the detriment of the state. Since 1990, fluctuations of private wealth were associated with changes in the prices of financial assets and real estate and housing privatization have been more gradual way than privatisation of SOEs. Incidentally, the value of the capital market remained rather low, which could be a reflection of weak protection of shareholders ‘ rights and preservation of the old state-owned enterprises of dubious profitability.

Finally, the gap between the high positive balance of foreign trade and the low official rate of the Russian property abroad reflects the extent of capital flight and offshore resources. This latter point suggests that the concentration of wealth in modern Russia is extremely strong. This conclusion is confirmed by the ranking of billionaires Forbes. It reminds that the hard strategy of post-Soviet transition process in Russia was a failure, especially against the background of gradual reforms in China and some countries in Central and Eastern Europe.

Although after the release of “Capital in the twenty-first century” Thomas Piketty still some debate regarding the definition of the private state, and these data should deepen, is considered a research still is a great difficulty for the economy. The enormous efforts of the authors for the formation of secular historical paintings in the background of the strongest socio-political transformations provide new food for thought about the past and future of Russia. 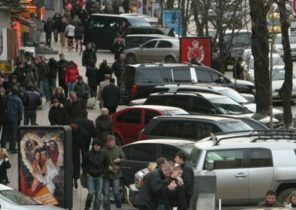