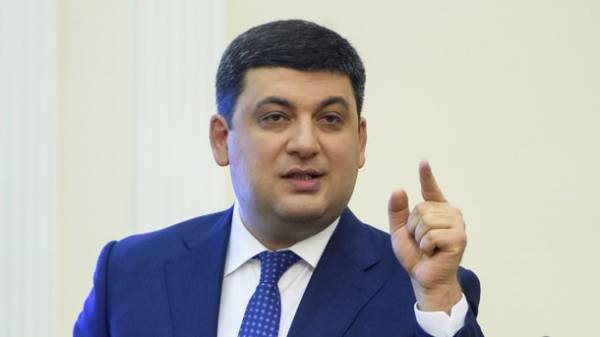 The last external borrowings of Ukraine was successful, the demand for Ukrainian securities were enormous. This was stated by Prime Minister of Ukraine Volodymyr Groysman during a meeting with a European Parliament delegation headed by co-Chairman of the Parliamentary Committee of the Association Ukraine-EU, Dariusz Rosati.

“Recently Ukraine has made external borrowing and we can say that we did quite successfully – was a huge demand for Ukrainian securities is valuable and this means that Ukraine has returned trust of investors”, – said Groisman.

He also recalled that the rating Agency Moody’s raised the rating of Ukraine.