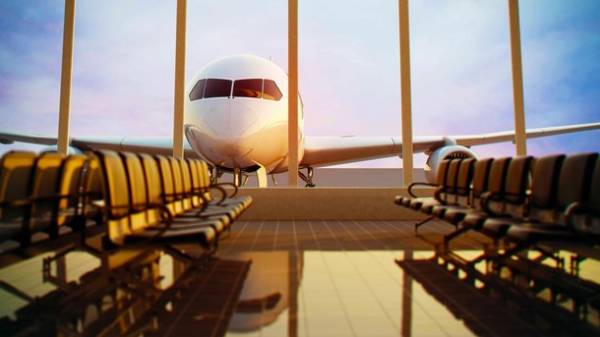 Knowledge of the intricacies of air transport for the traveller opens new opportunities. For example, on the way to the main goal of my journey to spend another day or two in interesting cities on the route of flight. In other words, when keeping the initial budget of the planned journey (or with a certain fee) an opportunity to extend the initial program.

Regulations of the International air transport Association (IATA) says that the airport at an intermediate point of the route duration no more than 24 hours is just a stop (eng. the layover).

But if waiting in the airport transplant the next flight of the same airline is more than a day, we have a stopover (eng. stopover). Since each airline is interested in the largest possible number of transit passengers, the client, have agreed on the stopover, the airline is ready to offer a variety of bonuses. Sometimes these services are paid, sometimes not at all gratuitous. Moreover, it is possible that the cost of the flight with a stopover may be even cheaper than the cost of the trip with a stop in a few hours.

Important: flights must be run one airline from the initial to the final destination. For example, if a passenger flies from Kiev to Jakarta with an intermediate stop in Istanbul, then grace stopover he can claim if the flight Kyiv — Jakarta it performs flights of one airline.

In addition, if the passenger suddenly change your mind in Istanbul to fly on in Indonesia (or for some other reason does not continue the flight) — he will have to compensate the airline provided during stopover services.

Why this is so

The scheme of transportation of passengers on large carriers is this: the base airport (hub) is the center of that short / medium – haul ships will take passengers from relatively close cities. Some of the passengers here end their air travel, the remaining fill long-haul aircraft, departing on the other side of the world. To fit a plane from Europe, for example, in South East Asia or America, will need some time, because you need to wait for everyone coming from many cities. In such a situation and possible long breaks between flights at an airport hub.

How to find the stopover

Stopover offer, not all airlines and not everywhere. At the planning stage of travel is reasonable to offer this opportunity in representation of the company. When choosing tickets through the sites put a mark on options multiple destinations/stopover in settings and looking for a dock longer than 24 h. in addition, some search services allow the tickets at once to find the flights with a stopover. 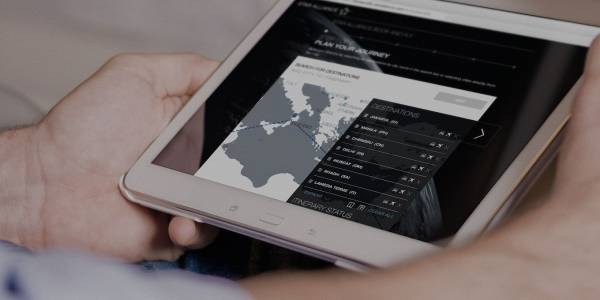 Search. Better to look at the network

Finnair Stopover: a couple of days in the Finnish capital

Airline Finn Air offers its passengers traveling through the capital Helsinki, and various options services Finnair Stopover. Packages are designed for a different time of stay — from one day to 5 nights. Consequently, prices change. The shortest version (75 Euro) is for a few hours and includes a Shuttle from the airport, bus city tour, a free Cup of coffee or tea. A stopover with overnight stay (from 135 euros) — Shuttle transfer, Breakfast and bus tour. 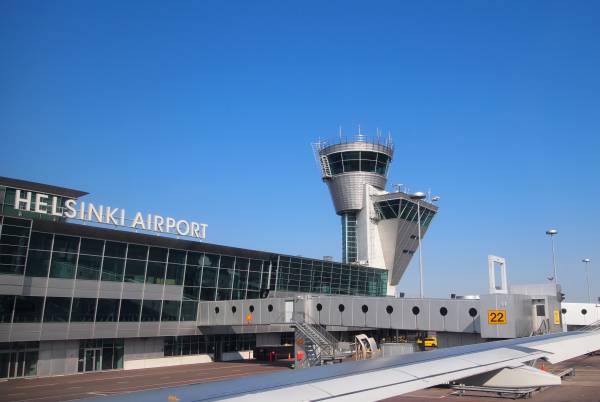 Vantaa. The airport is 17 km from the main city of Finland

Dubai airport is a hub for Emirates airlines, offering service Dubai Stopover. This is one of the most popular options stopover. The cost of the service on the website of Emirates airlines stated “from $45 per night” and depends on the star level of the hotel who will book a tourist. You can book up to three nights, but a couple of days to explore this interesting city is enough.

The service includes the visa for 96 hours, accommodation, transfer from airport to hotel and back. The service can be ordered from the website immediately after purchasing the ticket and to pay for the window Hotels & Visas for Dubai are already in the arrival hall.

Because the Stopover in Dubai is also a visa (plyusuem another $62), you will have to travel to contact the airlines office to settle the formalities. If you do not want to carry the Luggage to the city — you can leave it in the cloakroom (left luggage service) to terminals 1 and 3. The cost is $7 for storing items of Luggage for 12 hours. 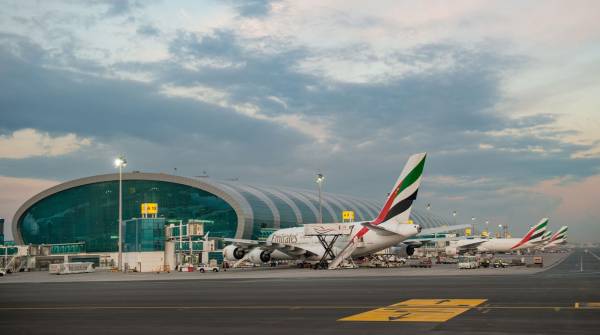 Giant. Terminal 3 Dubai airport is the largest in the world

Portuguese airline TAP Portugal offers a Stopover. If the traveler is flying through Lisbon airport on an international flight (or domestic, but the Azores, Madeira or the Algarve), he can stay on 1-3 days in Lisbon or Porto. You only need to pay for a hotel, and then at a low spetstsene. In addition, in Portugal Stopover included a free bottle of wine in the restaurant partner program, free thematic tours and visits
of the winery. 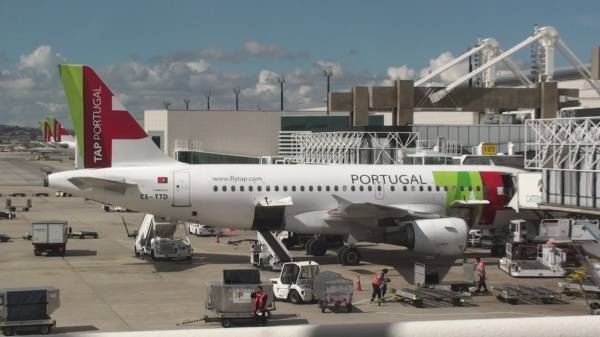 Portugal. Portela airport is the base of the airline TAP Portugal

Passengers of Turkish Airlines flying international flights via Istanbul, there is the opportunity to spend a couple of nights in this city. Passengers of the economy class is offered one night in a 4* hotel in the historic Sultanahmet district, and those who fly business class, two nights at the Hilton hotel on Taksim square. Conditions stopover: connecting time — at least 20 hours, the flight must be international (if you are heading to Istanbul to another Turkish city, the offer is not valid), and tickets both ways.
The service can be used either on direct flights or on the back. The settlement voucher is issued along with the ticket at the Agency office or on the website of the airline. Verify that the transfer from the airport to the hotel and back — at the expense of the passenger. In addition, the Luggage on time stopover will need to pick up at the airport and then back to pass during registration for the next flight. However, there is one service that will simplify the life of travelers, service Miniport. Miniport offices located in the city, on Taksim square, atatürk airport, (Metro Floor). Passengers can leave Luggage either at the offices Miniport, or at the reception, several hotels offer this service. And while the passenger is walking around Istanbul, the Luggage will be delivered to the airport, to the office Miniport (airline requests will appear in the office for 2 hours prior to departure). The cost of the service is about $3. 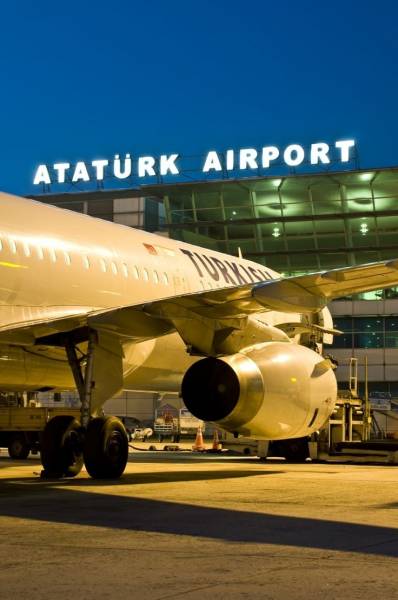 Istanbul Ataturk is the third busiest airport in Europe

SSH: night and tour in the lion city

Changi is the base airport of airline is Singapore Airlines. The package of services of the airline in case stopover called Singapore Stopover Holiday (SSH). Basic SSH package (from $30/night per person) involves an overnight stay at a hotel in Singapore and transfer from the airport to the hotel and back. In the expanded version of the package ($40/night per person) is added, and free admission to a dozen attractions in Singapore and travel on the tour bus SIA Hop-on Bus. 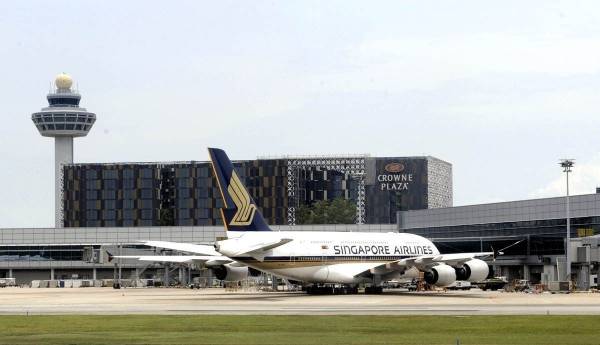 Changi. Singapore airport is one of the largest aviation hubs in Southeast Asia

Something about open routes

In this case, the area is “back” passenger flies out of the airport, which does not coincide with the point of arrival in the area, “there.” Between the point of arrival on the way “there” to the point of departure, the passenger moves as he pleases (car, train, another airline). A prerequisite for “open mouth” — to all flights on the route performed one airline. Often the purchase of a ticket via the open route and easier, and even cheaper. 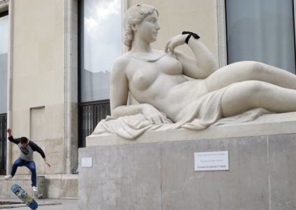