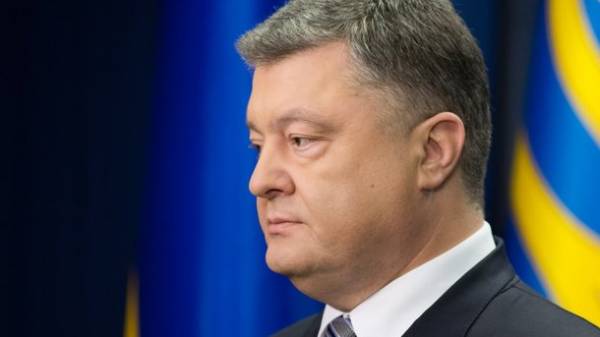 The incident on the Polish-Ukrainian border with the participation of deprived of Ukrainian citizenship to ex-President of Georgia, former head of the Odessa regional state administration, Mikheil Saakashvili is a crime, because it violated the constitutional principle of inviolability of state borders, said the President of Ukraine Petro Poroshenko.

“The crime was committed. Because there is the constitutional principle of the inviolability of the state border. It is a matter of national security of the state”, – said the President.

“I don’t care who violates the state border of the militants in the East or the politicians in the West. Should be a very clear legal responsibility”, – said Poroshenko.