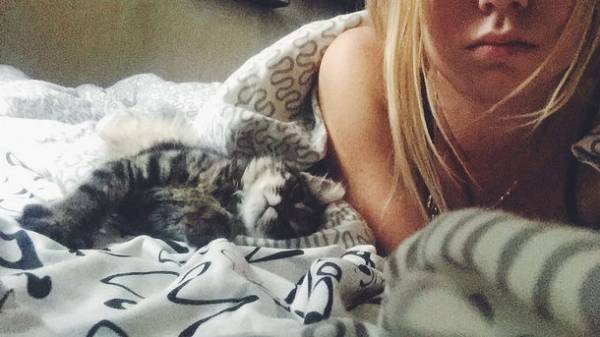 American experts have called five amazing things that dreams are sometimes talking about human health. Recently in the media published the findings of a study which showed that the more people see dreams at night, the lower the risk of development of Alzheimer’s disease and other forms of dementia, according to sobesednik.ru.

Some scientists say that dreams can predict cancer, and others speak of the diagnosis of tuberculosis and even the risk of a heart attack. However, convincing scientific evidence for this exists. But there are things that the human dream can still tell, and that at least six of them are established by science.

There are many people who ignore the symptoms of the common cold, preferring not to draw attention to them. However, nightmares are very often convincing evidence that a person is faced with high temperature, according to scientists from the Mayo Clinic. That is why colds and flu should be taken more seriously.

There are many those who prefer to ignore the symptoms of high stress levels. But it will manifest itself in our dreams. Sometimes people under stress have dreams about how they miss the plane or face with a giant tidal wave. Over time, a particularly strange dreams can help the person to understand that he should pay attention to stressful circumstances. In this case, dreams are useful because they reveal the reality that people, for some reason does not notice or chooses to ignore.

If the victims of diabetes encounter a dangerous drop in blood sugar levels, one of the possible symptoms of this bad dreams or nightmares, as proved by scientists. Drinking too much insulin or certain medications can cause a phenomenon called hypoglycemia. Of course, most diabetics recognise the symptoms without any dreams, but hypoglycemia may also occur at night.

Many expectant mothers see some interesting dreams during pregnancy. During these nine months the number of dreams grows, and with it an increasing number of strange dreams. While popping is not too pleasant either just bad dreams, but we should not perceive them as a threat to the health of the child. An Israeli study of 166 pregnant women found that the more unpleasant dreams expectant mothers, the less they subsequently faced with postpartum depression. And an Italian study of 290 women linked more number of dreams, including unpleasant, with less prolonged period of contractions.

We already talked about the fact that stress and anxiety cause bizarre and unpleasant dreams. The more severe mental disorders appear, the more obvious it affects the content and quality of sleep. For example, bipolar disorder is very vivid and bizarre dreams in some people. A us study involving veterans of the Vietnam war showed that 52% of ex-military suffering from post-traumatic stress disorder routinely encountered nightmares, while among the other population saw them no more than 3%. If you are too frequent nightmares or very unpleasant dreams clear, it’s time to visit a psychologist or psychiatrist.