From the ear of the inhabitant of the Chinese city of Guangzhou, province of Guangdong, removed a live lizard. This publication reports the Daily Mail.

The man claims that he was awakened by unpleasant sensations in the ear. He felt inside the head of someone crawling, and suggested that during sleep the ear crawled a cockroach.

During the examination the doctor found in the external auditory canal of a living Gecko. When he tried to catch a lizard with tweezers, she began to Dodge. To immobilize the animal, he had to resort to a sedative.

Doctors are concerned about the lack of the Gecko tail. The missing part of the body can remain in the ear of the patient, but to find her and failed.

Geckos is a family of small lizards found in the tropics and subtropics. Their legs are covered with microscopic hairs, which interlock with the supporting surface and allow the geckos to move around the walls and ceiling. Like many other species of lizards, they drop the part of the tail when in danger. 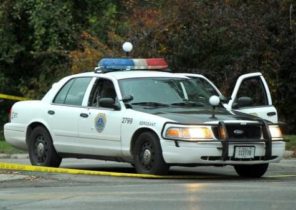