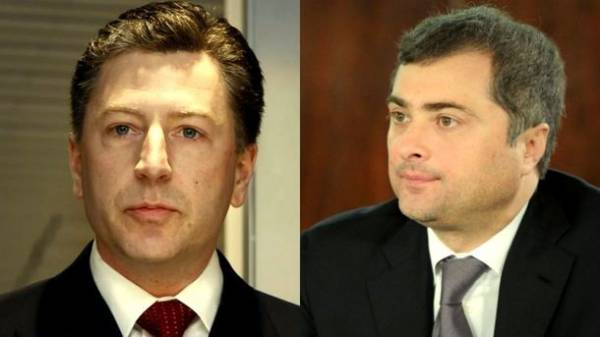 In the capital of Belarus Minsk began the meeting of US special envoy in Ukraine, Kurt Volker and assistant to the President of Russia Vladislav Surkov.

It is reported by the Ministry of foreign Affairs of Belarus officially on his Twitter page.

“The Russian presidential aide Vladislav Surkov and prespectively USA in Ukraine Kurt Volker meet in Minsk closed to the media”, – stated in the message.

That meeting will be held in a closed format, previously reported by press Secretary of the foreign Ministry of Belarus Dmitry Mironchik.

See also the “Today”: Walker vs Surkov: what to expect from the meeting of the American and Russian envoys in the Donbass