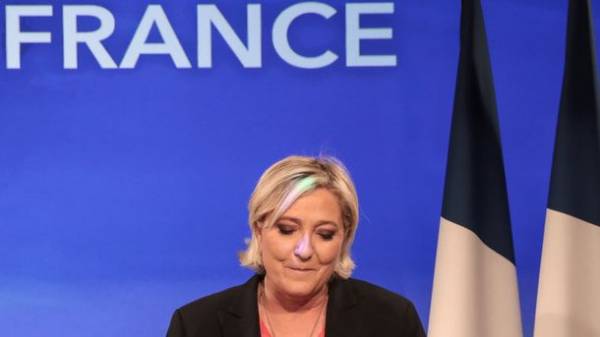 Marine Le Pen 15 minutes after the initial election results, according to which Emmanuel macron became the winner in the second round.

Reported by the Daily Mail, the TV channel “112 Ukraine”.

She expressed hope that the winning trump in the US and in Britain Brexit will strengthen further the fight against globalization and immigration, now in opposition.

Recall, according to preliminary data Emmanuel macron won the presidential election in France, he was voted 65.5% of voters.