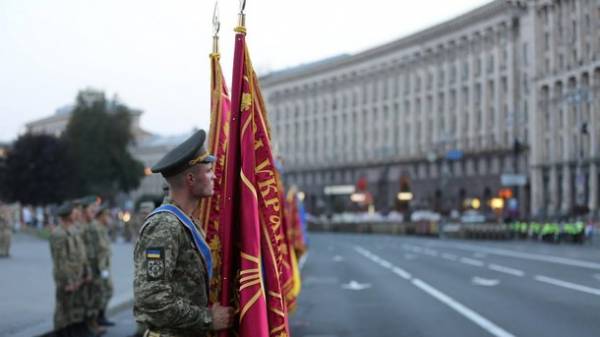 Advisor to the President of Ukraine Yuri Biryukov has published a list of States troops which will take part in a military parade to mark Independence Day in Kiev on August 24.

According to him, the parade will be attended by parade units of platoon size from the following countries:

Also on Khreshchatyk will be the standard group Latvia, Romania and Estonia. As I reported unsociable persons, in total, the parade will be attended by 231 foreign military.

Also at the celebrations on the occasion of independence Day of Ukraine will be attended by the defense Ministers of nine countries and Deputy defence Minister of another country, said Advisor to the President.

“The main surprise is still a secret,” – said Biryukov finally.