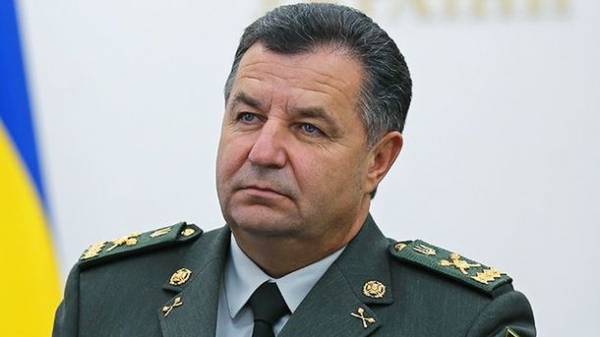 The Minister of defence of Ukraine Stepan Poltorak on August 16 announced the priority change in the system of training officers. About it reports a press-Department service.

“Our priority is to change the system of preparation of officers of operational-tactical and operational-strategic levels. This question already has appropriate changes, but haven’t solved all the problems in the training”, – said the Minister.

According to him, one of the main objectives is the careful and qualitative selection of officers for training. “We need to pay more attention to the selection of officers who will be trained. To select those who have a sufficient level of training and knowledge who are able to make decisions. It is from such persons we should create a commander, a new commander who is the authority for the personnel who respect and appreciate”, – said the Poltorak.

The defense Minister is convinced of the cessation of the practice of preparation of officers of operational-tactical and operational-strategic levels in classrooms and auditoriums. He stressed that officers must be prepared during practical classes and exercises.

We will remind, earlier the Minister of defence of Ukraine Stepan Poltorak signed a decree according to which will be raised to pay the military, which carry out tasks on the first and second lines of defence in the zone of the antiterrorist operation in the Donbas.