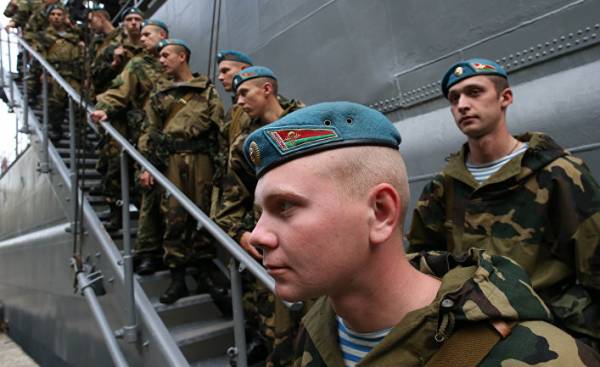 Fighters of the air forces of Spain, the first of August flew from Estonia to intercept the Russian MiG-31 and An-26 over the Baltic sea and violated the borders of neutral Finland; by accident or the situation is not known for sure, but the case is egregious.

If airspace violated by Russian fighter jets, the indignation of the West would not be the end. However, over Finland “taxiing” hot Spanish guys, and unprofessional “bullfighting” they forgave us.

In the depressing for the Alliance the backdrop of a peaceful Baltic paradoxically generated the legends associated with the “Russian threat.” Special attention is paid to scheduled for September of the Russian-Belarusian exercises “West-2017”.

Consider “the top five” hottest stuffing information on these exercises.

Myth 1: “West-2017” shows the preparations for the war of Russia with the West

First announced in February at a press conference in Riga, the President of Lithuania Dalia Grybauskaite. And impressionable Finns began to build bunkers near Helsinki, tunnels with a total length of 200 kilometers. Soon came the Spanish NATO fighters and myths almost met with reality.

The preparations of Russia and Belarus to war absolutely far-fetched. Note, after the dissolution of the Warsaw Pact in 1991, the “mirror” organization Severoatlanticheskogo of the contract is not just preserved, and even expanded at the expense of countries of Eastern Europe. Russia and Belarus have in no way provoked the partners, and still saw NATO, directly on its borders. There is the aggressive nature of the West.

In such circumstances, Moscow and Minsk should not forget about safety. The army must be ready for war with any enemy, at any moment. Exercises “West-2017” is not directed against a particular country, they strengthen the regional peace and order. Even NATO Secretary General Jens Stoltenberg recognizes that the Alliance sees no immediate threat from Russia to the Alliance’s Eastern flank.

“The exercises open, we’ve invited a huge number of observers. Come have a look. They are defensive in nature, and we together with the Russian Federation traditionally conduct these exercises,” said the President.

In Moscow, also confirmed that the invitation of observers from NATO countries during joint Russian-Belarusian military exercises correspond to current international legislation and is a normal practice.

Perhaps in Vilnius someone really wanted to be inadmissible. Alas, Lithuania also received an official invitation to observe the maneuvers. Russia has nothing to hide. And, of course, the bear should not be ashamed of their claws.

Concern about the scale of the Russian-Belarusian exercises was expressed by the head of the Ministry of defence of great Britain Michael Fallon. The American newspaper Wall Street Journal reported that Russian-Belarusian military exercise will involve 400 to 500 thousand soldiers. And yet we should not distort the facts.

Statistics NATO — 250 per year, with the participation of about 40 thousand soldiers in June and November 2017, according to Russia’s permanent representative at Alliance Alexander Grushko. Only in the next three months, the Alliance plans to conduct 18 joint exercise — an impressive scale!

Russian-Belarusian exercises “West-2017” will be held from 14 to 20 September. Russian defense Minister Sergei Shoigu promised to use diplomatic channels to inform the West about the maneuvers in advance. And stressed that military personnel and equipment will be used significantly less than similar maneuvers of NATO countries.

Obviously, the strength of the army is not the quantity of soldiers and as combat training, combative spirit and policy of the government. Thus, the history of the Second world war shows that even 350 thousand well-equipped and armed but demoralized British troops in the French Dunkirk is not the army.

Myth 4: Lithuania needs to increase the American contingent at the time of “West-2017”

The U.S. will increase military presence in Lithuania at the time of these exercises. In early August, another 450 soldiers and 120 units of military equipment, including Leopard 2A6 tanks and infantry fighting vehicles Marder, arrived from Germany to Lithuania, strengthening the basis of international NATO battalion.

Partners worried absolutely in vain. If they for many years did not cope with the Afghan Taliban, it will be even more useless in the case of high-tech war in Europe.

In the event of hostilities between Russia and NATO we will not see the traditional front and rear. More likely, the troops of the Alliance will be suppressed remotely high-tech and high-precision weapons (including the Baltic countries). The US will not help, because they (the ocean) the problems begin.

I remember Georgia in August 2008 was also hoping for the presence of American troops and weapons to NATO standards. This did not prevent Russia five days to implement an operation to force Georgia to peace. Since then, the Russian army only increased the possibilities.

Myth 5: Russian military after the exercise will be in Belarus

The Western media are sounding the alarm: “do Not think of whether Russia is a huge neighbor Estonia with a complicated character — under cover of exercises “West-2017″ to absorb his very close cousin while Belarus and then and look to pull the plug in the form of Suvalki corridor all the Baltic sisters — Lithuania, Latvia and Estonia.”

Meanwhile, at a meeting of the Council Russia — NATO at the level of ambassadors, representatives of Moscow on July 13 gave the Western colleagues the necessary information. Including th list of tasks that will be practiced during exercises “West-2017”, the list of involved polygons, data on the number of personnel, amount of equipment and weaponry. From Russia to the territory of Belarus will arrive about three thousand troops, 280 military vehicles, and 28 aircraft. Perform tasks of the exercise, the troops will travel to places of permanent deployment, as it has been many times.

Russia is no need to leave troops in a stable and friendly country, which is not threatened by external aggression. 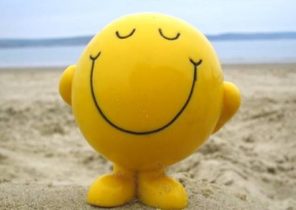