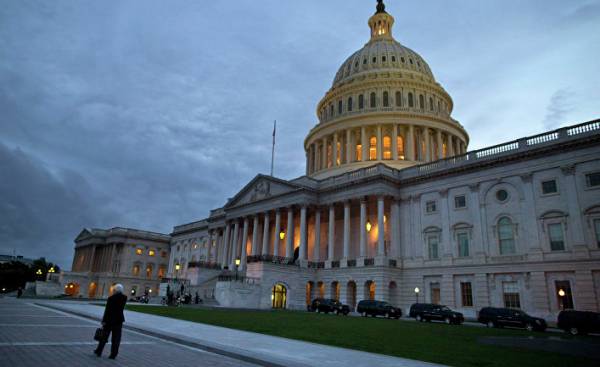 At the end of June, the German automaker Daimler took the first steps towards Russia, opening a new Mercedes-Benz plant to the North-West of Moscow. “We are confident in the long-term potential of Russia”, — said at the ceremony, Board member Markus schäfer (Markus Schäfer). The construction of the plant cost of 250 million euros (296 million dollars) became the first major Western investment the automaker ever since, as America and the European Union has brought down sanctions on Russia to punish it for its aggression in Ukraine three years ago.

After more than two years of recession in Russia, according to forecasts, this year should return to growth. It seems that the sanctions created an unfavorable investment climate, recently softened. “People started to forget about the sanctions,” says Chris Weafer (Chris Weafer) from the Moscow consulting firm Macro-Advisory. Meanwhile, in late July, the U.S. Congress voted for the extension of sanctions. Vladimir Putin replied with a demand to reduce the us diplomatic staff of approximately 750 people. (It mostly likely will affect Russian). He also took American diplomats of the Moscow dacha in Serebryany Bor, even the BBQ had to take.

The next tightening of the sanctions regime has revived the debate about its effectiveness. Advocates of sanctions say that they failed to stop Russia’s military intervention in Ukraine. Skeptics believe that sanctions only give the appearance of hard policy measures. It is actually more difficult. So far the sanctions had no impact on Putin’s behavior abroad, however, helped him to consolidate power in the country. However, there is a likelihood that they will undermine the stability of his reign, in the long run.

The first sanctions were imposed in response to the annexation of Crimea in March 2014 and touched a specific group of individuals: they are punished by a ban on entry and freezing assets. In July of the same year, with rampant Russian separatists in the East of Ukraine, followed by “sectoral sanctions”, which restrict financing for many Russian energy and defense firms and banks. These measures were chosen in order to avoid serious fluctuations in world markets and to obtain support from the European Union, which have imposed their own sanctions. “We never intended to negatively affect the Russian economy,” says one former us official.

After the end of 2014, prices fell for oil, Russia’s economy entered a crisis period. Sanctions only aggravated the situation. The collapse of the financial system forced the government to resort to the reserves to bail out domestic banks and companies. The uncertainty forced the foreigners with great care to do business with anyone in Russia, and not only those who appeared in the lists. These “silent sanctions” cooled the business climate, says Natalia Orlova, chief economist at Alfa Bank, the largest private Bank of Russia. The flow of foreign direct investment declined from 69 billion U.S. dollars in 2013 to just 6.8 billion in 2015.

U.S. officials took this as proof that sanctions work. “Russia is isolated, its economy torn to shreds,” said President Barack Obama in January 2015. At that time, Western leaders feared that Russia can move into Ukraine. Advocates of sanctions argue that the actions taken prevented this and created the basis for the signing of the Minsk peace accords in February 2015.

However, the sanctions haven’t changed Putin’s strategy. Russia continues to support separatist Republic in Ukraine and annexation of Crimea became a fait accompli. “If to speak frankly, [sanctions] have not yet changed their policies,” says Evelyn Farkas (Farkas Evelyn), former Commissioner for Russia at the Pentagon. Russia continued to take an active part in Syrian Affairs, and in 2016 intervened in the American elections.

Domestically the government used the sanctions to blame for economic decline of aiding and abetting the foreigners. Putin’s cronies blocked the access to world markets, sanctions “have inadvertently made them more dependent on the Kremlin,” says Andrew Weiss (Andrew Weiss) of “think tanks”, the Carnegie Foundation. In 2015, according to Russian Forbes, Arkady Rotenberg, Putin’s friend and judo sanctioned the construction magnate, had received government orders worth 555 billion rubles. Sanctions have become the object of public ridicule. The prevailing social mood is reflected in the humorous inscription “the poplar of sanctions are not afraid”, which is printed on Patriotic t-shirts next to the image of a nuclear missile.

Also, over time, sanctions have become less afraid in business. In 2014, the officials of the Treasury Department advised American companies to refrain from participating in St. Petersburg international economic forum — the Russian equivalent of Davos. By 2016, many heads on it’s back. In September 2016, Russia has successfully placed sovereign Eurobonds worth $ 1.25 billion, with over half of their customers were Americans. Evaluation of the United Nations, in 2016 in Russia had 280 projects of venture investment, which is below the peak reached in the last ten years (596 in 2008), but better compared to the low threshold of 194 in 2014. IKEA, Leroy Merlin, Pfizer and Mars Inc — all plan to open new stores or factories.

New sanctions could force foreign investors to think about. This worries the Kremlin. While Putin has designs on a fourth presidential term (he was tipped to win elections next year), the Russians are more concerned with their wallets than Crimea. Economic growth this year is projected to be two percent or less. The prospect of long-term stagnation and endless confrontation with the West is the elite questions about the direction in which the country is moving. “The sense of historical impasse causes panic,” writes the Russian analyst Vladimir Frolov. Sanctions will not force Putin to change the course, but will greatly complicate the President the task of this course to follow.