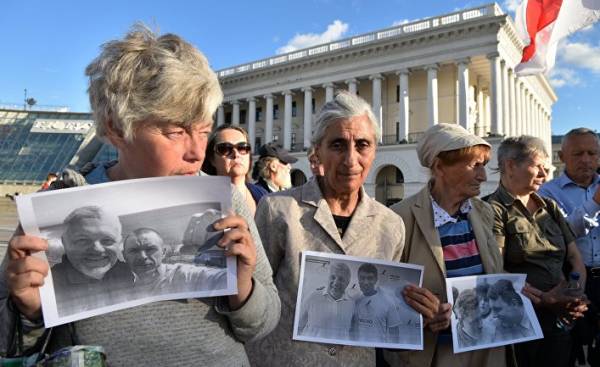 NEW YORK — July 20, 2016 Pavel Sheremet, a famous journalist, born in Belarus, was driving to work in the Studio “Radio Vesti” in Kiev, when his Subaru blew up at a busy intersection. Windows shuddered in the neighboring houses, fluttered in the air birds. 44-year-old Sheremet died almost instantly. Prosecutor’s office immediately confirmed that the cause of the explosion was a bomb. But a year has passed, and the murder remains unsolved Sheremet.

If it was just the explosion of the car, my organization, “Committee to protect journalists” (CPJ abbreviated), would not have to spend a year studying this case and to demand from the Ukrainian authorities a full investigation. But the fact that Sheremet was a staunch defender of the principles of transparency and democracy, working as a journalist, first in his native Belarus, then in Russia and recently in Ukraine. Until his death isn’t disclosed, however, that he sought all of his life, will be hidden from his compatriots in his death.

Murder is the final form of censorship in the media. When journalists are killed, they start to subject themselves to self-censorship. And if a country, especially a country like Ukraine, which aspires to join the European Union, is not able to bring the murderers to justice, then its declared commitment to the principles of democracy and the rule of law become an empty phrase.

That’s what the situation is in the case of Sheremet: the year of the Ukrainian authorities promised a lot of things, but had not a single arrest, not identified any suspects and have not presented any convincing motives for the murder. As found by the Committee CPJ during a recent, weeklong, law mission in Kiev, such a prolonged impunity has led to difficulties in media coverage of sensitive issues — corruption, abuse of power, the ongoing conflict in Eastern Ukraine.

Moreover, since was killed Sheremet, freedom of the press in Ukraine is under growing attack. Investigative journalism declared unpatriotic, and reporters who criticize the authorities ‘ decision — Sheremet was doing this on a daily basis —subjected to threats and violence, gain surveillance.

Ukrainian officials claim that they continue to work on the case Sheremet. President Petro Poroshenko, met on 11 July with a delegation of the Committee of CPJ, who is busy fact-finding on the case, stated that it remains committed to bring the killer (or killers) Sheremet to the court. Poroshenko has even proposed to strengthen the investigation, which leads the government, international partner, so he cheered the progress of the investigation. However, although this step is positive, it is too late and after many months of bugs, shake the confidence of the public.

Factually incorrect statements of the highest officials of the country, including the Minister of internal Affairs of Ukraine, Arsen Avakov, undermine the credibility of the investigation. Avakov said about the Russian involvement in the murder of Sheremet and suggested that this case is unlikely to be disclosed. However, at a meeting with representatives of the investigation Committee of the CPJ said that Avakov was limited access to the materials of the case, and that his statements are not supported by the available evidence. Our delegation said that the authorities are analyzing the possibility of multiple motives for the murder, and none of them is excluded and is not the primary. Why, then, Avakov continues to make his controversial statements and to sit in on a hand maloobyasnimoe situation?

Equally disturbing reports that the investigation was the victim of bad police work: these include lack of interrogation of key witnesses, checking CCTV cameras, an adequate explanation of presence at the scene of the former officer of internal security the night before the murder. Chief editor of the leading independent news site “the Ukrainian truth” told the CPJ that a few months before his death Sheremet, he and his partner, Alena Pritula, one of the founders of this site, started surveillance. Moreover, the site staff had received threats to stop writing about a specific, very sharp subjects. Meanwhile, the Ukrainian authorities are unable to adequately answer questions from CPJ about the investigation into those allegations.

Taken together, all these gaps in the investigation and inexplicable events raise serious questions of fairness and the legality of Ukraine’s investigation. If Poroshenko is serious to solve a murder Sheremet, will need major changes. The Ukrainian authorities should be to establish a clear hierarchy and appoint a person responsible for solving this case. In addition, Poroshenko has publicly promised to provide more resources to this investigation and strongly condemn any attacks on journalists. But the most difficult — you will need a new approach to the investigation of this case, which will help to reduce internal bias, especially when the evidence point to the officials or public authorities that, in the opinion of some, quite possibly.

Despite the active participation of the President, we are not yet convinced that the Ukrainian authorities will pursue the case as aggressively as necessary. It is therefore will require external pressure. The EU is in a unique position to apply such pressure. Declaring Ukraine a priority partner for expanding political and economic ties, the EU got the levers that allow us to demand a report from the Ukrainian authorities. In 2014, the EU promised Ukraine 12.8 billion euros ($15 billion) on aid in the development of a number of important segments, including legal and civil society. Progress on both fronts will be seriously inhibited, if the case Sheremet will remain undisclosed.

Sheremet more than two decades worked as a journalist in the three former States of the Soviet Union. He tirelessly exposed the corruption in all the countries where he worked. In 1998, for his resistance CPJ, the Committee awarded him the “International award for freedom of press”. However, he continued to be threatened, attacked, imprisoned and even was deprived of citizenship in Belarus. From Sheremet had a lot of friends who adored his charismatic nature, his mind and contagious optimism. But he had enemies who did not like his uncompromising journalism.

Five years ago, Sheremet moved to Ukraine because I thought that here he will find more free and safe environment for work. Today, when his native country a attacks on the press continue, and his own murder remains unsolved, hopes, which he laid on the Ukraine, are deceived. 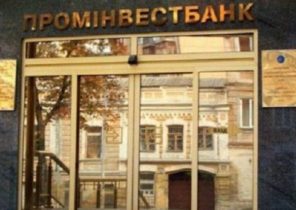 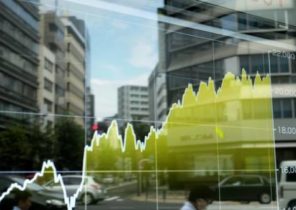 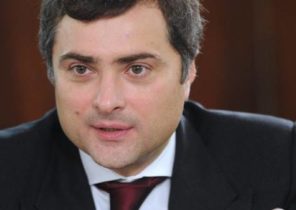