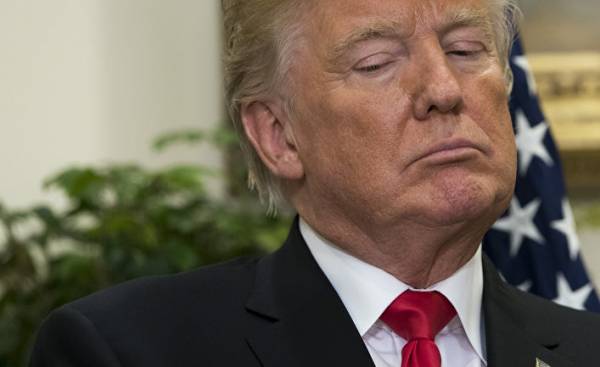 The US President Donald trump has signed a law providing for the imposition of additional sanctions against Russia. According to Prime Minister Medvedev, Moscow “declared a full-fledged trade war.”

So, the period of illusion of the “Trampas” for Moscow irrevocably completed. U.S. sanctions, though not as “crippling”, which at the time was imposed against Iran, have become for Russia a reality, with even Prime Minister Medvedev understands that this situation “will continue for decades.”

The Russian ruling elites have to console themselves with the fact that the Donald trump after the signing of the document stated that it contains “unconstitutional rules”, but I think comfort is very weak.

The contents signed by the President of the United States document the mass media have already discussed what is called “the bones”, therefore, it remains only to recall briefly its main points.

Besides the fact that all the anti-Russian sanctions, introduced under Obama — first of all, the restriction of access of Russian companies to loans — are preserved, the document contains a number of new novels. The main one, of course, is that, according to which trump will not be able now to lift the sanctions without congressional approval.

But the main thing in this paper is not so much the introduction of new restrictive measures, namely the following two literally eye-catching moment. First, the sanctions prescribed what is called “grow”. That is, at any time, if in fact a political necessity, they can be expanded without additional procedures and long discussions — quite a few expansion to interpret a particular situation.

Secondly, the tip of these sanctions are directed at the most vulnerable point — the oil and gas industry — which today actually holds the Russian economy. In fact, the adopted restrictive measures with a scalpel, I’m cutting the already too fat wallet, called the Russian budget. And at the same time, endanger the two best hopes Moscow — two streams: the “North-2” and “Turkish”.

Amazingly, even in such a situation, Russian officials and media continue to seek — and, interestingly, find some “bright spots”. It is done so monotonous that today it is possible to develop an agenda broadcasts political programmes on Russian TV channels.

First: trump was forced to sign the document, he is displeased and will fight it.

Second: in the EU oppose anti-Russian sanctions, which could lead to a conflict of Washington with its European allies.

Third, these sanctions are dissatisfied and a major U.S. business in the face of giants such as BP and Exxon, engineering group General Electric and aerospace company Boeing, finkompany Citigroup, Mastercard and Visa, as well as producers of various goods: Ford, Dow Chemical, Procter & Gamble, International Paper, Caterpillar and Cummins.

On the evidence of the worthlessness of these theses, which official Russian propaganda in the near future will be worn as a chicken egg, it would be possible to elaborate, if not one “but”. Folding for Moscow the situation with sanctions is not unique. Something like that, and even in a more rigid form, only 7-8 years ago occurred against Iran. And sounded the same words and the same contradictions. But it was, ultimately, for the initiators of the anti-Iranian policy is not insurmountable.

Also note that the “Iranian experience” in the preparation of anti-Russian sanctions is quite taken into account. Trump may be a newbie in politics, the White house, perhaps, and confusion. Only here the deep state, the “deep state”, the guardians of political succession in the American state apparatus — all this has not disappeared. They now provide and, if necessary, and correct the trajectory of the adoption of the new administration the necessary political decisions. And the sooner Moscow will realize that trump is not the pinnacle of power in the US that the system there is somewhat different, so for her own good.

In fact, the main contentious issues trump signed the document that caused objections from big business and the EU have already been removed. The contents of the final version compared to the original — corrected. Proof of this is enough, but most convincing, in my opinion, is the fact that the German energy market regulator, the Federal network Agency has already rejected related projects “Northern stream-2” and refused to include them in future plans for the development of the German energy, justifying its decision to the “unreliability” of the project. 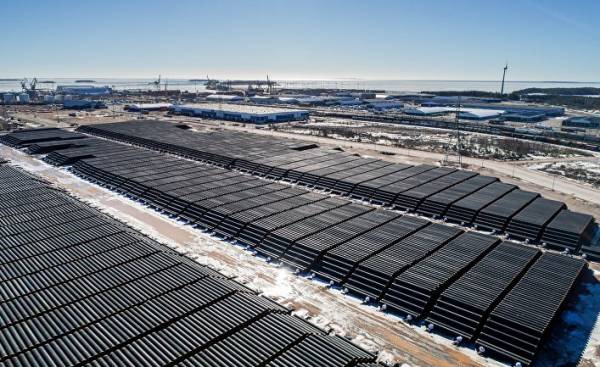 © Nord Stream 2 / Wolfram ScheibleНанесение concrete coating on the pipe to the “Nord stream – 2” in Kotka, Finland

And this is only the first “swallow”. There is little doubt that if the U.S. sanctions will be extended, at the first risk of their use, the company Allseas, engaged in laying pipe in the construction of “Turkish stream”, may refuse to continue to work, while other contractors are unlikely to agree to come to her place.

But honestly, today is one of those times when it is not stalling to talk about the intricacies of high politics, to analyze the possible nodes of intrigue, and I want at least a first approximation to try to answer the question about the prospects of the Russian economy under sanctions. More precisely, even so — about their social consequences.

And here the situation is the following: if we followed Medvedev recognize that Russia “declared a trade war”, we must accept another — she will have it completely ready and do not have the resources for it. The Russian Prime Minister is free to convince the population of his country that in this situation Russia will quietly continue working on the development of economy and social sphere, to engage in import substitution and solve critical public problems, relying primarily on themselves.

“We learned how to do it in recent years. In the almost closed financial markets, the fear of foreign creditors and investors to invest in Russia under pain of sanctions against third parties and countries. In some ways it’s even useful for us, while sanctions — in General — is meaningless. We’ll manage,” he urged citizens. As it usually happens with him, the reality is quite different from his ideas about it.

Russia is rapidly losing its competitiveness, and it has become a sustainable trend. Oil, gas and a little something else, is, in fact, all she has to offer the rest of the world. What Moscow likes to be proud of “ultra-modern” weapons systems look, of course, effectively. The only problem is that the Russian industry at all desire can not produce them in sufficient quantity to saturate the army and full export. And if they decided on such a step, the economy will simply be bent. Not in collapse and an epileptic fit. “Iskander” is no longer laughing, “Iskander” cry…

No less dramatic and the situation in the field of management. The sprawling bureaucracy is busy, by and large, only the feed itself — what kind of innovation and advanced technology.

But the flip side of this — the crisis in the social sphere and outright impoverishment of the population. A few figures:

— since the end of July 2014 to the end of June, 2017 the index of consumer prices for goods and services in Russia according to official data, grew by 29%. If we take at the household level, the trek to the grocery store now costs 40-50% more than three years ago.

real incomes of Russians working from hired labour (adjusted for inflation) according to official data, fell by 10%. On the same everyday level of salary in the public sector declined by about a quarter due to the cancellation of many additives and ratios.

— and finally, in the first quarter of 2017 the number of Russian citizens living below the poverty line has risen to 22 million people and accounts for 15% of the population, said the head of the audit chamber Tatyana Golikova. According to her, in accordance with the forecast in the budget, the number of people with incomes below the subsistence minimum was reduced from 13.9% to 12.9%, but compared with the year 2016 the number of residents grew by 2.2 million.

And it is in terms of a relatively soft, almost ornamental sanctions (except for those delusional “counter-sanctions” against European and Turkish manufacturers). That is, in conditions when Russia more seriously in economic terms, were not taken.

Popular stamp media is now the analogy with the cold war, which is not really irrelevant. In this case we are talking about the confrontation between the superpowers with the state of the “second row”, the uniqueness of which is in the triad — nuclear weapons, vast territory and vast ambitions. Guess in whose favor will end the confrontation is quite obvious. 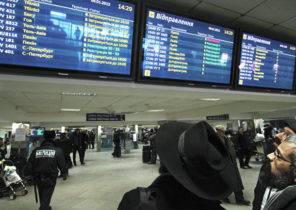 Ukraine will go only to visit. The country was hit by a new wave of emigration