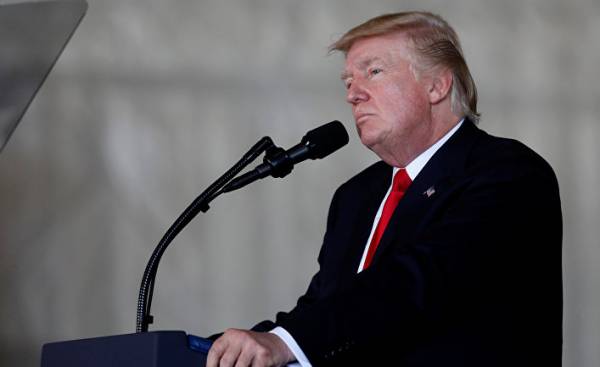 The European Union is going to oppose another American sanctions against Russia, which will affect, in particular, the gas industry and can prevent some common projects of European and Russian companies in this sector. Speech, in particular, about the project “Nord stream — 2”, which would supply Russian gas via the Baltic sea to Germany, bypassing Ukraine and other transit countries in Central and Eastern Europe.

What happened, if the EU suddenly began to criticize us sanctions against Russia? The EU extends its own sanctions, accompanying their standard rationale that Russia is not fulfilling the Minsk agreements. However, the recent sanctions fever in the U.S. is in the EU concerns…

Sanctions with the expectation

European sanctions imposed in 2014, apply to the weapons industry, military technology, equipment export for oil industry and financial sector, especially long-term loans. In addition, sanctions of course affect the export in the Crimea. Russian retaliatory sanctions against the EU, in turn, apply to the import of food, fruits and vegetables to Russia. Recall that this package of EU sanctions was approved in July 2014 under the impression of the episode with the downed over Ukraine Malaysian plane. The tragedy blamed on Russia. The sanctions package was made up so that they do not affect the basic sectors. The European Union hopes for long-term effect of the sanctions, that is, they “defeat” Russia in the long term.

Previous U.S. sanctions spread on some Russian companies and banks and specific people. Recently Congress made it so that the President can no longer cancel these sanctions in its decision, thereby linking the Trump hand. Hinder him not only to lift the sanctions, but also, more importantly, to conduct its own foreign policy. Now Congress has gone a step further and punish Russia for alleged interference in the election of new sanctions. Thus, European companies and all the gas cooperation between the EU and Russia in fact become hostage to American domestic policies, including protectionist program of America First. (Trump has already stated that it will not interfere with the sanctions, but he wants them to be better for the United States, and the American benefits hardly suggests European.)

The gas sector — it was an accident?

The focus of us sanctions on the gas industry is not accidental. The new sanctions are aimed at achieving long-term political goals of the USA in relations with the EU. America seeks to limit the export of natural gas from Russia, and this goal is even considered a “national interest” of the United States. Where the EU needs to import gas, of course, is clear… Front of us the embodiment of the slogan “America first” or an example of how to create new markets with the help of geopolitics. Or, rather, the implementation of the principle of “divide and conquer”, since the Eurasian cooperation and strategic partnership of the EU and Russia are contrary to American interests. (Note: the agreed new sanctions bill in the end were in this area commuted to Western companies cooperating with Russia in the gas sector, has gained some room to maneuver.)

The Ukrainian crisis in the form in which we had the opportunity to observe him in recent years, was, on the contrary, due in part to the fact that the European Union has no clear “national interest” in their own continent. One-sided orientation to the USA and overseas dependence on them, the lack of a continental security architecture and complacent continuation of the missionary policy, which should be the “Scripture” of Europe (EU) further to the East, largely contributed to the emergence and development of the Ukrainian crisis. Unfortunately, all this occurs in a situation that you are afraid to admit it. The fact that the importance of Western Europe and the EU (and in parallel, and USA) in the world is reduced.

Sanctions as a tool

From the point of view of international policy the objective of sanctions — to force the recalcitrant country to change their behavior or to punish her for this behavior. Sanctions support the authority and impose rules that are supposedly universal. In fact, exceptions to the rule — the first symptom of the hegemony of a particular state. Sanctions was not invented yesterday, and the expert community has not come to a consensus about their real performance. More precisely, the experts can’t decide whether sanctions have any effect or not.

But recently, the international sanctions became even too much. It is impossible not to notice that today, sanctions come to the fore in international politics and replacing traditional diplomacy. The sanctions of course have a protectionist, deglobalization and regulatory features, are geopolitics and primarily affect the economy. There are many those who will assert that the negotiations themselves are the concession. (But, of course, it is necessary to distinguish, for example, Russia from North Korea.)

If you look at the map, specifically in the Russian case, those “international” sanctions de facto mean only the West. And that is saying something…

The crisis of Western hegemony

The problem is not the sanctions themselves as such, but the fact that the West or the Atlantic community is going through an existential crisis that is only getting worse. This crisis is due not only to demographic (EU) and economic reasons (decrease in the share of the global economy, the growing importance of Asia), but also a crisis in the ideological sphere (Western role models, the attractiveness of Western prosperity, faith in Western democracy). The center of the world is moving to Asia, and this has its specific consequences.

By the way, the manifestation of this crisis is the fact that Donald trump became President of the United States. It not only signals about the terrible decline of political and other elites in the US, but also reminds about the consequences of the neoliberal tsunami in the area of lobbying policy, political literacy and General education of citizens. But all of this conditions for the functioning of a healthy democracy, at least theoretically. Instead, the US is allowed to multiply at the local oligarchs who are desperate, verging on hysteria, struggling with a new situation in which the United States is not number one in the world.

If we talk only about the “rebel” of Russia, in words, it is conservatively defends the Westphalian system of national sovereignty, but, being power, their actions refute their own (which is the main symptom of power). Sanctions, meanwhile, are waiting in the wings to give the effect. From a pragmatic point of view, the West, specifically the United States, wants to stop the game is because the Western world is not going to recognize its sovereign status.

In the short term, sanctions against Russia turned out to be a gift for the Russian regime in the midst of crisis. They helped to unite Russian society around the Kremlin, moreover, has forced the government to finally start something, somehow change the economic model of the country. However, the pressure has not only the crisis but also the fact that economic sanctions intended to influence the country in the long run. The government was simply forced to respond. Lately, even the mainstream Czech discusses the paradox of sanctions, noting: Russia sanctions greatly helped. Maybe that is why on the Western side of the Atlantic are increasingly looking good to get even with Russia as the longed-for effect is not.

And all sanctions, as a method of coercion, is better than armed conflict, military intervention and so on. In the case of Russia and world war II, the conflict threatened to lead to the Apocalypse, even if nuclear weapons were not used. While it along with other weapons of mass destruction — for rational reasons — prevents a war between the powers, and therefore the new killing. But, as we know, there is a possibility of the various proxy wars that are “exported” to various regions of the world, including in Europe, in order to harm the enemy.

Nevertheless, we must not forget that sanctions are in essence a means of economic warfare. However, the sanctions, of course, suggests that in the international system, despite all the talk about the liberal order has not changed the main thing: there is still the Supreme authority over the States, albeit not the only, but still the main actors in international politics. In anarchy, which is already in international relations, are competing different interests, which are essentially based on three asymmetric factors: military strength, economic power and ideological power of the image. In such conditions we can only dream of real peaceful coexistence in the 21st century.