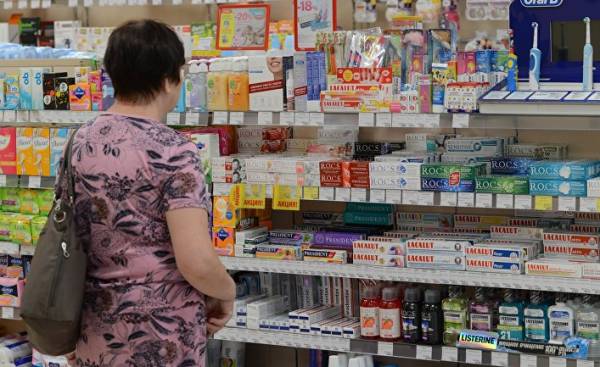 When President Vladimir Putin recently again answered questions of citizens in the Direct line, to call tried and Natalia Timokhina from Nevinnomyssk, located near Sochi in southern Russia. Natalia, 26 years old, he had cancer of the lymphatic system, it urgently needs expensive medications. With the head of state to talk she wasn’t allowed, but the President’s team contributed to a local newspaper “the Truth of Pyatigorsk” there was a message with contact details Timokhina, to change the donation for her treatment. “That’s all,” she says on the phone. “More, apparently, will not.” She’s afraid to die soon, and her daily life — showing tortured Russian health care system.

The annexation of Crimea, sanctions war, war in Syria, the upcoming world Cup: the last time some of the events of “patted” the Russian budget, so that expenditure on health has declined steadily. For comparison: last year in Russia the state and employers spent, on average, 800 euros per capita. In Germany the figure is five times more. What exactly does this mean, well it was noticeable, when he raised the Patriotic wave during the Ukrainian war. Then the Deputy of the state Duma Joseph Kobzon because of their chauvinist rhetoric appeared in the sanctions list of the EU. He is a famous entertainer, soon he will be 80 years old, and probably his health requires attention. My oncologist Kobzon prefer to see in Milan. For this he was given a special visa.

The state Duma in matters of health, among other things, adopted a law that restricts the importation of medicines and medical devices from Western countries. Defibrillators, prostheses, orthopedic mattresses, bandages. Thus, it is planned to support Russian producers. Doctors told about shortages in supply.

The daughter of billionaire Arkady Rotenberg, included in Putin’s entourage, according to some, runs the company that organizes the trips of wealthy Russians on treatment in Germany, as reported by the opposition TV channel “Rain”. Although direct proof of this, but compared to the state of the Russian hospitals such a business model could allow.

For the poorest Russians such as Natalia Timokhina, it means that you have to complain to Putin on the state. Timokhina treatment requires the drug Adcetris Japanese manufacturer Takeda. A single injection of 10 million euros (in Germany a strange way for 2600 euros cheaper). Timokhina need 16 of these injections. Russian medical insurance does not cover this treatment (in contrast to Germany), although in accordance with the legislation it provides for such an obligation.

From the time of diagnosis of Hodgkin’s lymphoma in September 2015 Timokhina wrote a letter to Putin. The first three letters were asking for help. They have been referred to the regional Ministry of health, which from the beginning said that due to lack of funds can not help. The fourth letter Timokhina contained a complaint against the Ministry, in response to which the Ministry paid for a single injection. “The exception is the first and last time, it was said,” says the girl. Subsequent injection paid the Fund “give life”. However, to further help it can not, because Timokhina in September was 26 years old, and he provides help to persons up to 25 years.

Funds play a critical role against such diseases as cancer. Often the government is trying to shift onto their shoulders one of their greatest challenges. So, the regional Ministry of health, which is responsible for Natalia Timokhina, in March, sent to AdVita Fund in St. Petersburg a letter with an urgent request to provide the drug for Timokhina. AdVita is a large Fund, but its resources are limited. An employee of the Foundation said that the Ministry of health are reminded of the legal position, article 41 of the Russian Constitution (“Everyone has the right to health protection and medical care”). “But, in fact, we leave these people in trouble,” she says. Timokhina aren’t the only ones left in the lurch.

About 40 thousand adults in one only St.-Petersburg in need of expensive medications. State from the beginning is not involved. AdVita can help about 500 people, and the same number of people in the country. While AdVita — one of the few funds that actually helps adults. In the case of children the situation, fortunately, is different. Among 120 thousand cancer patients in St. Petersburg, according to AdVita, only 120 children, and they are well provided.

Timokhina wrote in social network Vkontakte: “I want to live”. She raises funds for treatment in the Internet in Russia has become a sad trend. Patients documented their struggle for life. Timokhina publishes a selfie with a bottle of Adcetris, images imaging, photos are made with his own hands the flower arrangements that you can win in the lottery organized by her. One lot costs 100 rubles, about 1.5 euros. Your flower arrangements she calls “trees of happiness”. “I want to be a mom!!! This is the tree of happiness I did, I’ll send this beauty in the mail to the winner, I hope it will bring you love, happiness and health.”

Timokhina worked at the furniture store and weighed 67 pounds, she now weighs 47. Her hair fell out. Thanks to the two injections of adcetris tumor in her breast was reduced from 13 to 10 centimeters. She managed to raise money for a third injection, which will make at the end of July. In three weeks she’ll need a fourth. “It’s hard to write about myself, — she writes. — It’s hard to beg for help, but another chance at life I have”. The Ministry of health announced on the page on the following achievements: Russian doctors were winners at the world championship on football among doctors held in Austria. As in the past year.