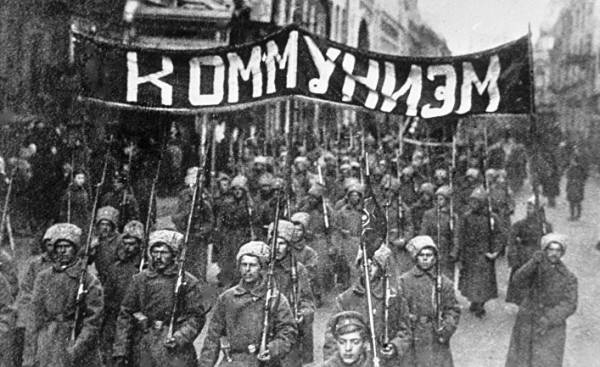 In the summer of 1917 Russia was at a crossroads. Tsar Nicholas II abdicated, the Provisional government and the Petrograd Soviet of workers ‘and soldiers’ deputies United in a dual power and tried to impose order in the ruins of the tsarist autocracy. And in remote parts of the country people and peasants took power into their own hands, established a government and forced the agrarian reform. After in April the representatives of the socialists also took responsibility in the Interim government, the latter has a chance, with the support of the majority, to chart the way for a democratic breakthrough. But the government did the opposite. It agreed to continue a major war.

A key figure was Alexander Kerensky (1881-1970). An eloquent lawyer from Simbirsk — his father headed the high school in which he studied Lenin was one of the leaders of the “Trudoviks”, the left faction in the Imperial Duma, the Parliament which the king was gritting his teeth, allowed after the revolution of 1905. As part of the political factions, called the “populists”, Kerensky and his party had seen in the rural population of carriers of moderate socialist policies, which in 1917 brought them to the side of the larger of the party of socialists-revolutionaries.

As a famous socialist, Kerensky in February was elected Vice-Chairman of the Petrograd Soviet. When in March, he, first as the Minister of justice, entered into the Interim government, he received authority and power that had few politicians in Russia. With this power, Kerensky went on to discuss the urgent question: should Russia continue its participation in the war or not? Four of the offensive, which General Aleksei Brusilov held in 1916 on the Austrian front, constantly choking under the fire defense military Alliance of Germany and Austria-Hungary. Moreover, the German counterattacks in the North, repeatedly forced to retreat by Russian troops. In the end, in the winter of 1916/17, the lack of weapons and the tragic situation of the supply led to the fact that failure to comply with orders and desertion became a mass phenomenon.

But instead engage in peace negotiations with the Triple Alliance, the king considered himself bound by the agreements with its partners in the Entente, which had planned a concerted attack on all fronts in the summer of 1917. When in February the crisis in the supply in Petrograd (as with the outbreak of war was called St. Petersburg) and provoked a revolution, commanders were faced with a choice: to restore the tsarist regime forces of the army or to donate Nicholas II, to be able to continue the war. Their decision to speak out against autocracy was due not least of those considerations that a cautious approach to certain political demands of the rebels could release new resources for the war.

Kerensky became the spokesman of this calculation. For him the great war was a test of hardness by Patriotic enthusiasm, which sparked the revolution. He was sure that this enthusiasm came to the front. In may, becoming Minister of war, he made many trips with inspections in the army, during which he spent countless performances. Talented he actually managed to convince his listeners of the need of the latest offensive, which could confirm that large-scale annexation of territory by the powers of the Triple Alliance impossible.

But the Patriotic exultation that lit Kerensky immediately began to decline as soon as the car of the Minister has disappeared over the horizon. Because the pressing problems of the soldiers did not dare the prospect of a new battle. The supply was still insufficient, the future in the allocation of land and positions in the homeland to remain with empty hands, as prompted by the agitation of soldiers ‘ committees that were formed during the revolution, also held back the enthusiasm to once again jeopardize its health during the attack.

The appointment of new generals also brought a few changes. The problem has shown itself and reserve units that moved very reluctantly and with a defeatist beliefs or, as some of the Petrograd units in General refused to March to the front. The provisional government for its resolve in continuing the war could record in asset support in the Western States of the Entente. The United States gave consent to the loan. In addition, the first of the army turned a large number of heavy guns.

By them on 29 August, Russian troops opened a hitherto unknown heavy fire on the positions of the Austrian troops on the southwestern front. On 1 July the three armies began an offensive in Galicia. The aim was to Lviv (Lemberg). In the first 48 hours really managed a deep penetration of the Austrian front, the depth of which during the following days was reduced to 30 kilometers.

But then again drama, which has already broken the king’s troops in 1916. With the help of German troops on the front were reinforced, while stretching the Russian logistics collapsed. At the same time, the Germans began a counter-offensive which almost broke through the Russian front line and finally undermined its morale. Added to this irreparable loss of 40 thousand people.

On 22 July, the Provisional government received the tragic cry for help from the 11th army: “the German offensive… however, assumes the character of a colossal defeat with disastrous consequences for the revolutionary Russia. The morale of the army, which until recently thanks to the heroic efforts of the conscious minority is allowed to raise troops in the attack, went into sudden and fatal turn. A large part of the military units located in the state of total decay…. They do not listen any orders of their superiors, nor the encouragement of his comrades, responding only with threats and shots.” Revolutionary patriotism, which put the Interim government, was only a passing fad that quickly passed with the defeat.

In Petrograd had already been shots fired. The Bolsheviks saw that the desperation of the failures at the front gives a chance for a coup. But it’s a “July uprising”, which began on 16 July, a few days was suppressed by troops loyal to the government. The new Prime Minister, Kerensky.

With him, the socialist party and the moderate wing of the social democratic workers party (Mensheviks) received key posts in the government. So they became identified with a policy that did not meet the requirements of any peoples, or peasants. The reason for this was the continuation of the war, which most people just wanted to finish.

After an unsuccessful attack the Kerensky Provisional government lost the last war trump card. On the other hand, it already had a loyal military units, which would be based in the political struggle. Lenin, the Bolshevik leader, said of his Finnish asylum that it was very good, now only the radical wing of the social Democrats were the only party promising immediate peace, agrarian reform and national self-determination, and thus has received a great popularity. And a hardened professional revolutionary realized that the next coup is quite the chances of success.