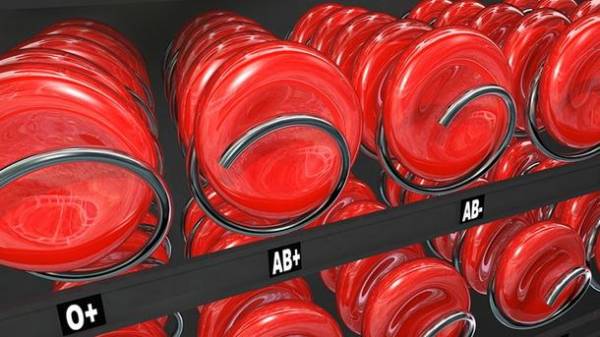 According to the Japanese blood largely determines the character and personality of the person than the distant stars. Analysis and accounting of blood group is called here “ketsu-EKI-Gata” and are taking it very seriously, writes meddoc.

Managers and HR use the “ketsu-EKI-Gata” in the hiring of employees, marketing professionals – to predict demand for the intended products, the majority of people to select friends and companions. Devices conducting Express-analysis of blood group “blood spot”, often found on railway stations, Department stores, restaurants. In Japan and recently in the USA there is even an organization called “Society АВ0”, created in order to help individuals and business leaders to make the right decisions, based on the characteristics of blood.

It is believed that for people with the first blood group characteristic strength, independence, courage, well-developed intuition, and optimism. It is noted that the carriers of this blood group people are hardy. Moreover, they just need to overcome various difficulties, including vital exercise. Being deprived of this opportunity (for whatever reasons), they quickly lose heart, lose their optimistic Outlook on life, feel unhappy and, in addition, become very prone to obesity and depression.

Due to the fact that the carriers of the first group of blood have the drive for success and willing to go “through the thorns to the stars”, they have well-pronounced leadership qualities. Often they overlook the wonderful leaders, who with their confidence, optimism and desire to move forward could have a positive impact on other people. However, all this is possible when there are prospects for personal growth and fulfillment. Not the last role in the manifestation of these qualities plays and doing.

Among the first group of blood can meet a lot of people who are at risk, including lovers of extreme sports. Apparently, the need to overcome myself has a direct impact. Many characteristic rigidity and intransigence, stubbornness, impulsiveness, aggressiveness and impulsiveness, overconfidence, and the inability to properly assess the efforts and achievements of other people (a tendency to underestimate them).

Diligence, perseverance, hard work, reliability, good ability to adapt to surrounding people and environment, sociability and discretion often inherent in those who has a second group of blood. Also they are patient, usually do not tend to act impulsively, and try to delve into the very depths of the question and only then make the decision. This makes them not only excellent professionals in their field, but also the wonderful friends and partners. To go away, thoughtlessly slamming the door, not for them. They will try to find out and to dot the “and” before you make those or other actions.

However, people living near them, it is not always possible to understand their true thoughts and feelings due to the fact that they carefully hide them. Even if the person is not a cute carrier of the second group of blood or he considers any actions of others is wrong, he is unlikely to say it directly in the eye, and will be diligent to endure. But if the patience overflows or any situation that may provoke the release of true feelings to the will, the representatives of this blood group Express all that and more.

Carriers of the second group of blood is quite strongly affected by stress, which is often very negative impact on their lives. And to drive in the state of stress these people are capable of many factors, including the inability to solve problems, not postponing them indefinitely. They are incredibly sensitive to betrayal of loved ones.

The ability to sympathize, empathize and understand the desire to distinguish people with third blood group. It is not surprising that many seek to communicate with them. In addition, they are not prone to conflict and rarely are willing to engage in them for no apparent reason. But in people with this blood group noted a heightened sense of justice. If they think someone is trying to hurt themselves or other people, to act unfairly in a given situation, they will not allow themselves to stay away.

You can also say that the carriers of the third group of blood are flexible enough despite your powerful will power. Unlike people with first blood, they will not go ahead towards its goal and will try to make the journey as comfortable as possible, the peaceful and deliberate.

Thanks to his inventiveness and creative thinking, people with the third group of blood often become very successful if you choose a creative profession, where you can fully display their talents, to experiment. But if they have to deal with routine work, can fall into despair, tearing all deadlines and schedules. By the way, discipline is rarely their Forte, so the carriers of the third group of blood often strive for autonomy and independence in the organization of the labor process. Doing is one of the conditions required for their successful work.

Speakers of the fourth group of blood can be described with the phrase “delicate nature”. They are diplomacy, sincerity, and a developed imagination and sense of beauty, delicate taste. Often a good “psychologists”, not having a relevant education. They just know how to listen, to comfort, to sympathize, to give warmth of his soul, not demanding anything in return. However, in the case of own life drama are very hard to survive the incident. There is a perception that the holders of the fourth group of blood more than others prone to suicide and alcoholism, as very sensitive and often exaggerate the negative aspects.

People with a fourth blood group is highly romantic nature. If your partner puts hearts on a bed of rose petals, writes in big letters “I love you” on the pavement or loves to make various surprises, it is likely that it belongs to the carriers of this blood group. And they also have excellent organizational skills. To come up with an occupation for the bored of the company or to distribute intermediate tasks between team members — not a problem for them.

The ability to maintain a conversation on many topics (because they know so much and are able) often makes people with a fourth blood group is the real soul of the company. Also it is inherent in a well-developed intuition, bordering at times with the inexplicable gift of premonition and foresight.
The diversity of the individual people with a fourth blood group allows them to Express themselves in a variety of ways. Sometimes they manage to change their professions and Hobbies, such as gloves. However, this perpetual search of itself, often does not allow to achieve significant achievements in a particular field. Attempt to grab everything at once often deprives the speakers of the fourth group of blood is possible to see the important details and look into the essence. They simply don’t have the time and patience. Therefore, the highest achievements in the work they can achieve, working in conjunction with people who have a different blood group.