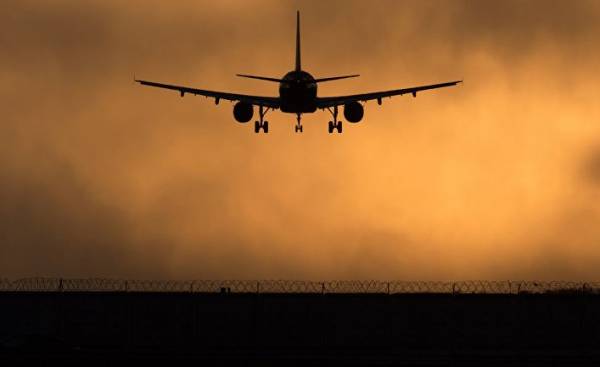 Over the last 13 years, Russia went from 20 thousand dollar millionaires and billionaires, and 6 thousand of them — in just the last three years. Among the reasons are government intervention in the business environment and the volatility of local legislation, and in recent years, anti-Western sentiments of the authorities and the law on deofshorizatsii. As a result of the departure of wealthy citizens, Russia loses financial resources and expertise of business specialists needed for economic development.

From 2003 to 2013, left Russia 14 thousand owners millions and billions of dollars, or 17% of the total, according to the study by Knight Frank, a leading international consulting companies specializing in services for the super rich customers all around the world. This disappointing indicator, Russia ranked fifth in the world.

Then the immigration mood among the wealthy Russians has even increased: in the years 2014-2016 from Russia have left already about 6 thousand financial successful citizens, according to the same company.

The reasons for the research at Knight Frank was not called, but were disclosed in the published in 2016, a goal the report of the consulting firm New World Wealth. Among the main problems in Russia is called there “an unhealthy level of government intervention in the area of entrepreneurship” and “anti-American sentiments that hinder domestic investment and hinder foreign companies access the market.”

Also in may 2016 Moscow “Agency contact” (recruiting staff) interviewed 467 Russian top managers. According to the study, nearly two-thirds of managers expressed the desire to leave the country, and one in six reported intention to leave in the next two years.

One of the respondents “Agency contact”, told RBC about the reasons which served as the basis for decisions about moving. They are connected with imperfection of the Russian legislation and the low level of social protection. “The law [overseas] is not so transparent and changes frequently as we do. The fact that our government comes up with — even — more injurious to business than all the sanctions of the EU, US and anyone… Here [in Russia] it is unclear what will happen to pensions, which for children is such a high turbulent environment.”

In recent years, in addition to the already existing problems that are pushing the wealthy to emigrate, added the law “On taxation of profits of controlled foreign companies and income of foreign organizations”, which entered into force in January 2015. According to him, the Russian taxpayers are obliged to disclose tax service direct or indirect participation in foreign companies, and to pay tax on undistributed profits that these organizations receive.

The idea of the law, initiated by President Vladimir Putin was the return of the money that wealthy citizens accumulate abroad, and, accordingly, reduce the outflow of capital. The Ministry of Finance shortly before the law came into force evaluated the effect of 20 billion rubles, which each year had to go to the budget in tax payments. Private economists — in 1 to 5 trillion rubles.

However, many businesses have found a way to bypass the law. The fact that it only applies to tax residents of Russia who are nationals residing in the country for more than 183 days in a year. If a person stays in Russia for fewer days, he loses the status of a tax resident and is not obliged to report to tax authorities about their foreign companies, and especially to pay tax on their profits.

In early 2017 the law Bureau “Egorov, Puginsky, Afanasiev and partners” interviewed nearly 300 wealthy residents of Russia, the controlling foreign company. According to the study, which lawyer Dmitry Afanasyev published in his text in the newspaper Vedomosti, 40% of respondents decided to refuse the status of a tax resident, 9% transferred assets to relatives, non-residents, and only 20% in accordance with the so-called capital Amnesty decided to liquidate the foreign company and return the money to Russia (in this case, they are exempt from tax deductions).

“That is, to maintain the status of a tax resident of another country, a considerable number of the most active and effective businessmen are forced to spend most of the year outside of Russia. Inevitably, this leads to the fact that they are starting to think abroad, new projects and acquire new contacts, but I could spend all of their time and energy on the management of domestic companies, working on Russian GDP growth,” wrote Afanasyev.

Reuters in June 2017 interviewed more than a dozen citizens from among the richest people in Russia — the oligarchs, their managers, lawyers, current and former officials. Reporters learned from them that a large segment of the Russian assets is now in the hands of a new class of businessmen, polishnail that are outside of the Russian tax system.

“They can criticize, say that they are unpatriotic, but the fact remains — the budget lost something”, — quotes Agency the words of Vladimir Potanin, co-owner mining and metallurgical combine “Norilsk Nickel” and one of the richest men in Russia (he was a tax resident). Two other businessmen from among the 100 richest businessmen of Russia (according to Forbes), told the Agency that lost the status of a tax resident, to avoid the law. Two more big businessman refused to disclose his residence, but said they know about the change of residence of many colleagues.

“Now [after the enactment of the law] we see that many have decided that it is better to refuse from the Russian residence, they do not want to declare their assets,” — said in March 2017, Finance Minister Anton Siluanov.

The Ministry said EurasiaNet.org that do not have data about receipt in the budget the money received as a result of action of the law on deofshorizatsii. However, the effect of these measures, the Ministry sees in international assessments and rankings that measure the business environment. “In particular, Russia is growing annually in the world Bank’s Doing Business, and compared with 2011 in the global ranking has risen from 120 to 40 places in 2016,” — said in the Ministry.

The financial activity of Russians abroad there for a long time. One recent example is that four months of 2017, at the expense of the Russians increased by 30% the number of requests for the purchase of real estate in London (in comparison with the same period last year), said in may the company Knight Frank. Most often (in 60% of cases) citizens of Russia are looking for an apartment for yourself, family or children. The budget is 1.5-5 million sterling (110-365 million). Basically, it is a luxury home located near parks and green areas. Another 30% of the queries associated with investments in residential and commercial property. As a rule, Russians are looking for an apartment, commercial premises on the main streets and businesses.

As a result of the departure of wealthy citizens, Russia loses financial resources and expertise of business specialists needed for economic development. As reported in an interview with “Novye Izvestiya” in early March, the head of the chamber of Commerce and industry of the Russian Federation Sergey Katyrin, leaving the business, “which already took place, succeeded, felt, how to work, and tried some things. Abroad they find themselves and, accordingly, taking their experience and entrepreneurial talent.”