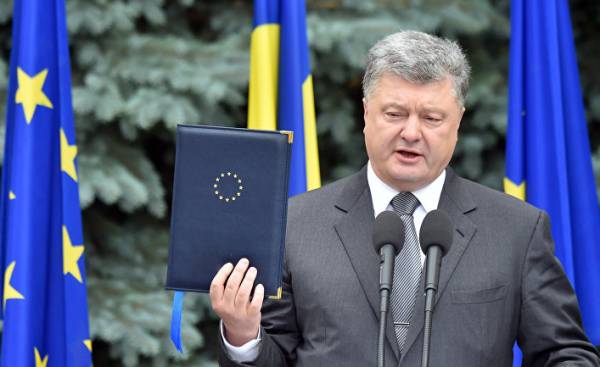 This summit Ukraine-EU was a turning point in bilateral relations. The summit, which was held in Kiev on 12-13 July with the participation of the President of Ukraine Petro Poroshenko, European Commission President Jean-Claude Juncker and European Council President Donald Tusk summed up the results of the ten-year period of relations between Kyiv and Brussels, the main achievements of which were the signing and ratification of the Association Agreement, the launch of deep and comprehensive free trade area and introduce visa-free regime for Ukrainian citizens. But sooner or later I got to the question: where next will move the relations between Ukraine and the EU?

A partial answer to this question appeared long before this summit: Ukraine shouldn’t count on the prospect of EU membership in the next few decades. If the Association Agreement still contained a certain ambiguity about the possible entry of Ukraine into the European Union (not by providing, but not denying such a prospect), the decision of the EU Council agreement of 15 December 2016 definitively placed all points over “I”. This decision, which was adopted after the infamous Dutch referendum is legally binding, and, among others, contains a provision that the Association Agreement gives Ukraine the status of candidate countries for accession to the EU, and is not a guarantee of assignment to such status in the future.

Consequently, the failure of the joint statement at this summit Ukraine-EU on the recognition of “European aspirations” or the “European choice” does not change anything in fact.

But the EU has not yet shown readiness to alternative format rapprochement with Ukraine, which would rule out the prospect of membership. On the one hand, the slow pace of reforms and fight against corruption reduces the interest of Brussels to deepen cooperation with Kiev. On the other hand, Ukraine has established a foothold among the secondary issues of the EU policy for Brexia, migration, terrorism, financial problems and other priorities. In addition, the euroskeptic and populist forces, despite the recent defeat at the polls in the Netherlands and France, will continue to play a prominent role in the political life of many countries. As a consequence, the European aspirations of Ukraine and other countries neighboring the EU will give rise to ultra-right politicians harshly criticizing their governments and institutions in Brussels.

Without further rapprochement with the EU, Ukraine will not have sufficient incentives to continue reforms and fight against corruption. So, the main engine of political and economic transformation in the countries of Central and Eastern Europe was the prospect of EU membership. In the case of Ukraine such “gingerbread” was the Association Agreement, FTA and visa-free regime, which many citizens and politicians mistakenly believed an intermediate step to EU membership. From now on “soft power” of the EU towards Ukraine is limited to the financial support of the reforms and the sanctions against Russia. It is obvious that the potential of such tools are insufficient for ensuring the irreversibility of reforms and the fight against corruption.

This raises the question: is European integration a priority of Ukraine’s foreign policy without new incentives from the EU? This will depend not only on the progress of reforms, and the preservation of democratic transformations in Ukraine and the loyalty of Ukrainian citizens to the European values. As a result, in the near future we can not exclude that Ukraine will begin to withdraw from the EU and to seek new regional identity.

Gas is more than gas 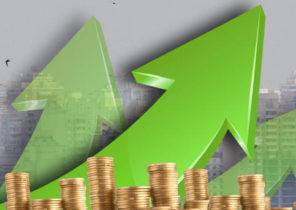