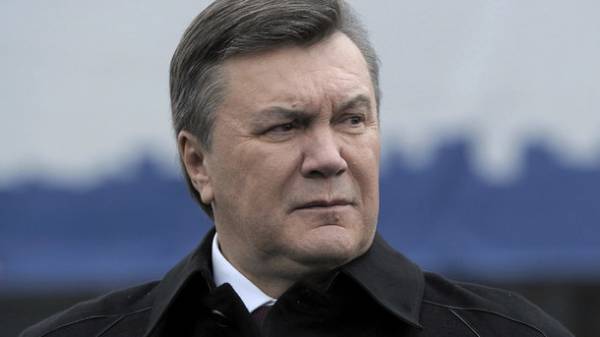 The position of the ex-President of Ukraine Viktor Yanukovych’s rejection of his lawyers, aimed only at delaying the judicial process in criminal proceedings accused him of treason, which is held in a special (accelerated) procedure. This was stated by the Prosecutor of the Chief military Prosecutor’s office of Ukraine Ruslan Kravchenko.

“The prosecution considers that the position of Yanukovych is directed only to the delay time, the delay of the process. Because this individual evaded criminal investigation, now shies away from the court for the purpose of avoiding criminal responsibility for the crimes he committed against the people of Ukraine and against the state”, – said Kravchenko.

The state is confident that after the failure of the former President from his lawyers, the state will provide him a professional lawyer, and the process will be carried out with the new defender.

Answering the question, does the change of defenders in the process that he will start from the beginning, Kravchenko said that it meant that a new attorney will be given time for acquaintance with materials of criminal proceedings. The Prosecutor added that only the court should decide how much time it may take.

Kravchenko said that the prosecution has filed 19 volumes of its evidence.

Earlier that day, the Obolon district court of Kyiv announced the decision on granting free legal assistance in the case of Yanukovych. In the session on charges of treason of former President of Ukraine declared a break till 10:00 on July 12 to execute a court decision on bringing the defender.

See also: the fugitive President Yanukovych is suspected of treason, but fights for reputation

5 Jul ex-the guarantor announced that it does not wish to participate in the initiated in Ukraine trial on charges of treason and withdraws from court with his lawyers.

In addition, the Russian occupation of Crimea, which contributed to Yanukovych, Ukraine caused damage amounting to almost two trillion hryvnia.