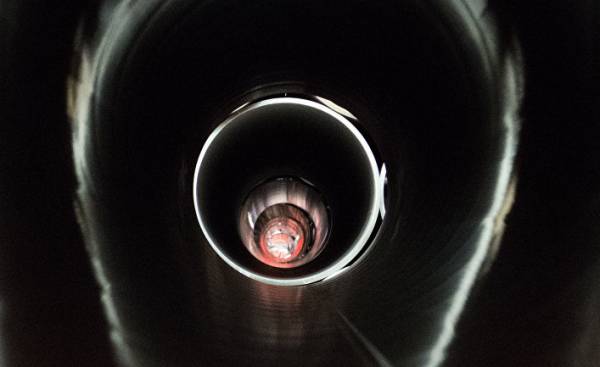 Hidden in a pine forest near the place where previously was the largest nuclear reactor in East Germany, two shiny pipes come directly from the Baltic sea, representing a symbol of the attempts of German Chancellor Angela Merkel to ensure the energy future of their country.

Not far from the Hanseatic town of Greifswald — this is an area that Merkel represents in Parliament — the Chancellor intends to implement a 10-billion project to extend the pipeline to increase imports of Russian natural gas imported from Siberia.

This project, led by the Russian state company “Gazprom”, should strengthen the confidence of the Germans that they will have enough gas for making the unprecedented transition from coal and nuclear power stations, which now gradually close in the future, which will dominate the renewable energy sources.

However, this plan has plenty of opponents, both inside Germany and abroad.

The inhabitants of this sparsely populated area has already filed nearly 160 written objections. Local authorities also have not yet made a final decision. In addition, for the beginning of the project it is necessary to remove the wreckage of two ships, submerged in the XVIII century. The European allies also repeatedly voiced their objections — they are afraid that this project will further increase Europe’s dependence on energy supplies from Russia — and the us Congress have proposed to tighten sanctions against energy companies that do business with Russia.

“If you don’t count Russia, there are not many places where Germany could quickly get a lot of gas,” said Jonathan stern (Jonathan Stern), Chairman and senior research fellow in the study of natural gas at the Oxford Institute for energy studies.

According to the consulting company Wood Mackenzie, Germany, which is the main consumer of natural gas in Europe, gets about 40 percent of its gas from Russia, the largest gas exporter in the world. By 2025 its dependence on Russian gas will grow to about 50%, especially considering the fact that the volume of supply from the Netherlands — Western neighbor of Germany — most likely in the next few years will decrease.

The project of Gazprom, called “Nord stream — 2”, will also enable to supply Russian gas to other European countries, making Germany an important distribution center on the continent. Russia already supplies gas to more than 20 countries where it is used to generate electricity, for heating of houses and production of chemical products.

To double the volume of supply

The existing line was put into operation in 2011. It runs from Vyborg, Russia, across the Baltic sea to Lubmin in Germany, and its length is 1 224 kilometers. Now the capacity of this pipeline is 55 billion cubic metres of gas is two-thirds of Germany’s gas — and after the expansion of the pipeline supply volumes can be doubled.

Germany, the United Kingdom, France, Belgium and the Netherlands are likely to benefit from lower prices, according to the analytical center Bruegel in Brussels. Meanwhile, Gazprom will be able to avoid transit fees, which he pays for the use of pipelines in Ukraine and Poland. The company plans to cut supplies through Ukraine by 2019.

Existing in Germany, the procedures for obtaining permits on implementation of infrastructure projects may lead to delays in implementation because of the actions of the local opposition. As the representatives of the Ministry of energy and infrastructure of Mecklenburg-Western Pomerania, the hearing scheduled to begin on July 17 in Stralsund, Germany.

Meanwhile, Merkel is already ending supply of time in order to achieve the goals spelled out in the action Programme on climate protection 2020. Despite a gradual transition, dubbed the Energiewende (“energy turn”), the country may not achieve its objective in reducing carbon dioxide emissions by 40% from 1990 levels. After the Federal elections to be held in September, the new government may make proposals about the closure of coal-fired power plants, which still account for 40% produced in the country of electricity.

The abandonment of nuclear energy

HSBC Holdings, in five years gas will be able to provide one fifth of Germany’s electricity is twice the current level.

The path of the German renewable energy sources began almost two decades ago. This process accelerated after the tragedy at Japanese atomic power station “Fukushima” in 2011, which forced Merkel to make a decision about the complete abandonment of nuclear energy already by 2022.

“In the long term Europe will need to increase imports of natural gas from reliable suppliers, and the project “Northern stream” will be such a lifeline,” said Deputy Chairman of the Board of Gazprom Alexander Medvedev in Berlin on June 15.

According to him, “Nord stream — 2” will be “extra feature” that will increase the volume of imports, said Stephen Rolle (Rolle Stefan), the head of the oil and gas areas in the Ministry of economy of Germany. “Gas is a transition technology”, which is necessary to ensure that the country was able to achieve the goals of climate protection.

Demand for gas for electricity production may reach its peak in 2025, then place the gas will be able to take sun and wind than according to Wood Mackenzie. By 2050 Germany plans to produce 80% of electricity from renewable sources.

Meanwhile, Gazprom is making steady progress towards its goal. Approximately 37 thousand 12-meter pipes are now stored in an industrial warehouse on the island of rügen, where they wait until they are covered with concrete and laid on the seabed at a depth of approximately 50 metres.

Although in June, Merkel condemned a bill to expand anti-Russian sanctions approved by the us Senate, it still remains one of the strongest critics of Russia in the West. The Chancellor, supported in the signing of the Minsk peace agreement aimed at resolving the conflict in Ukraine, insists on maintaining sanctions against Russia as long as Moscow does not fully comply with all conditions of the agreement.

New US sanctions against Russia — a poisoned gift to Trump?