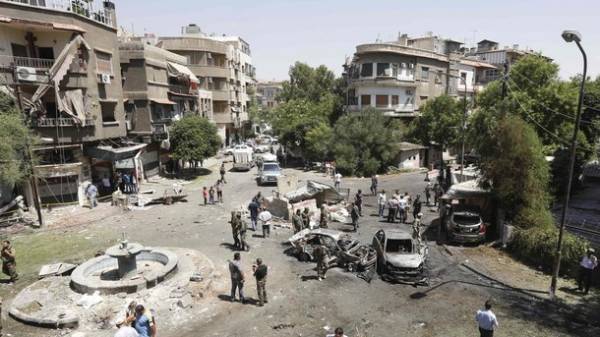 In a series of terrorist attacks in Damascus (Syria) killed at least 20 people, another 30 were injured, reports Xinhua, citing Syrian government media, the TV channel “112 Ukraine “.

According Ekhbaria TV, the explosions in Damascus killed at least 20 people, another 30 were injured and were hospitalized. Most of them died in a car bomb explosion at Tahrir square, where there were 56 damaged parked cars and the facades of three residential buildings.

Two other explosions occurred at the entrance to Damascus.

Recall, July 2, a suicide bomber arranged explosion in Tahrir square in Central Damascus. The interior Ministry of Syria stated that in the morning three cars filled with explosives tried to break into the densely populated areas of the city. Security forces began to pursue them. Two cars were destroyed on the ring road, one of them managed to break through and make a blast.