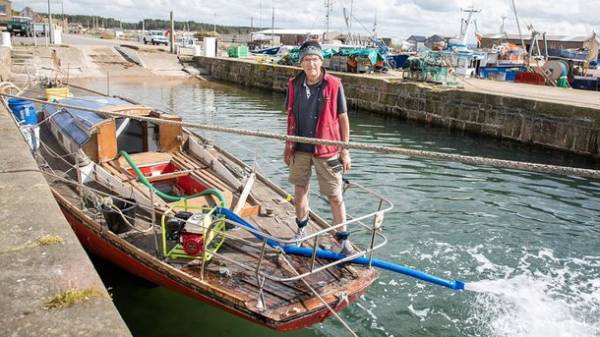 75-the summer pensioner from the Scottish town of Forres has spent five years and several thousand dollars to repair his beloved yacht, the Sea Wraithe. Richard Ogilvie wanted to go on the ship to sail across the North sea, however, as soon as the ship launched, he immediately went to the bottom, according to TSN with reference to the Mirror.

According to Richard Ogilvie, he worked five days a week for eight hours, replacing the old Board and repairing the yacht’s engine.

A former Forester and a sawmill owner says he spent on the repair of the vessel, all its power and money.

“I don’t want to think about how much I spent on all of this. His wife, however, it is better not to know,” said the Briton.

At the moment, the yacht of Richard firmly moored near the shore. He sleeps in the car so as not to miss the moment when that tide will start dropping, and the ship will need to pump out water.

Yacht Sea Wraithe was built in 1936. Ogilvie bought it 10 years ago, and the repair started in 2013. The Scot says that has no regrets.

“It was an important experience in my life, I was doing my favorite thing,” said Ogilvy.