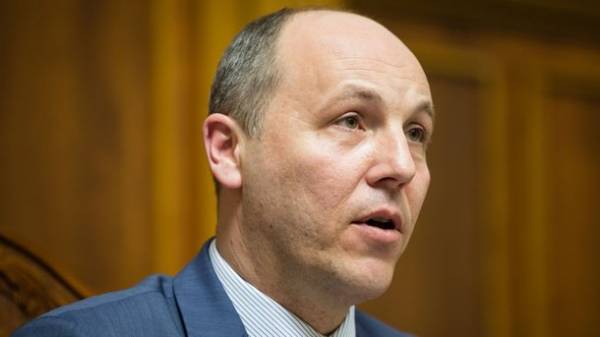 Speaker of the Verkhovna Rada Andriy paruby hopes that the Parliament will consider the bill on the reintegration of the occupied territories next week. He told about it on June 27 at a press conference, transfers “112 Ukraine”.

According to Parubiy, currently of the bill as this is not preparing its design.

“Now, when we are discussing this bill, it is proposed to adopt a new format, which would give the possibility of military action, military operations, and which would not democratic procedures, and the establishment of more effective control of security forces and management of local military operations, operational headquarters, which would be a single point of control for security in the occupied and front-line areas. This idea is still under discussion, will be furnished in the bill, I cannot confidently say, but this is one of the ambitious plans that we intend to consider at the next plenary week”, – said Parubiy.

He stressed that the document is under discussion.

“I remember a period when he was a member of the national security Council and when we were faced with a huge problem – on the one hand for activating the APU was necessary any legal status. The most logical seemed the imposition of martial law. However, we understand that the introduction of martial law we will not be able to carry out any democratic processes, particularly elections. And then we went the format of the ATO (anti – terrorist operation- Ed.)”, – recalled the head of the Parliament.

“Now, when we are discussing this bill, it is proposed to adopt a new format that would give the possibility of military action, military operations and which would not be stopped by democratic procedures, and the creation of more effective management of all our departments and the CAA (civil-military administrations – Ed.)”,- added Parubiy.

According to the schedule, in the week from 26 to 30 June MPs work with voters, and from 3 to 7 July – in committees, Commission and factions. The next plenary meeting of the Verkhovna Rada will take place on July 11.

As stated in the MFP, the document about the features of the state policy on restoration of state sovereignty of Ukraine in the occupied areas of Donbass is almost ready and soon with him going to inform the public. 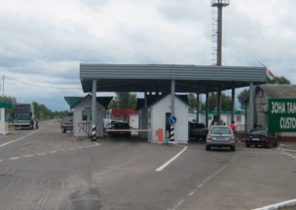 Trump has promised to sign a new immigration Ordinance next week