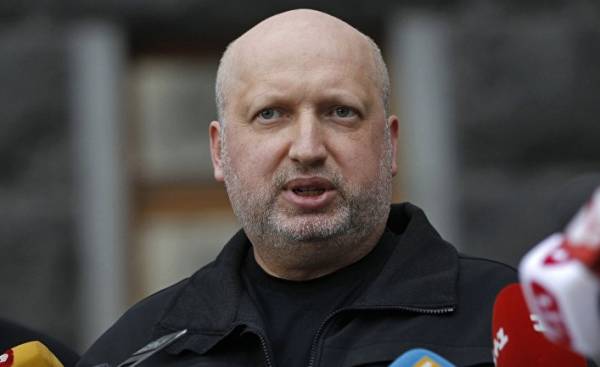 Russians should start to Ukraine only with biometric passports, according to the Secretary of the NSDC of Ukraine Oleksandr Turchynov. Next week, the Border service should calculate how many equipments need to be purchased to all checkpoints to read the fingerprints and the retina of the eye.

His statement, Turchynov made in the Kharkiv region, the opening of new border crossing Department, “Poplar”, which will control about 40 kilometers of the border with Russia, where there are rail and road crossings.

The Department has equipped in the framework of the project “the Wall”. The project is still hampered without the necessary funding, but officials hope that by the end of the year will still be able to complete all work at least Harkovskoe region. “The draft budget, budget adjustments, which was approved yesterday by the Parliament, in addition there will be another 300 million (hryvnia). This will allow the Kharkiv border to provide intellectual towers, engineering design — so that no single meter of the border was not without control of the border,” — said the Minister of internal Affairs Arsen Avakov.

He was supported by the Secretary of the NSDC. “In fact, here begins the border of civilized Europe. She needs to be protected, technically equipped. It should be a real European shaft through which they cannot pass. It ended the times when they could be out here. Will go to a European country”, — said Turchinov.