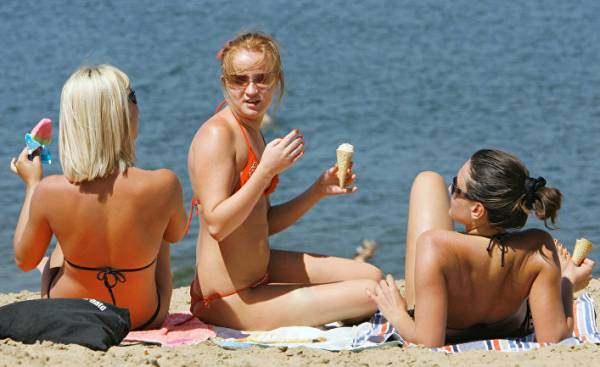 While in Western Russia summer weather is abysmal, usually in the coldest regions of the country the heat is increasing.

Siberia is known to many as a very cold place. From the title already, and breathes the harsh winter and crackling snow-covered forests.

But in recent weeks the snow and ice in Siberia in short supply. A huge region of Russia East of the Ural mountains are suffering from the heat.

In the city of Krasnoyarsk, where the average temperature in January is minus 15 degrees, the thermometer at the moment, rose to plus 35 degrees. In the Russian city of Kyzyl, near the border with Mongolia the thermometer in the afternoon was showing 36 degrees.

This contrasts sharply with the unusually cold summer in Western Russia. In St. Petersburg today is 12 degrees. In Moscow, the temperature rose to 16. And in early June in the Russian capital fell a little snow.

In addition to the frustrated lovers and the upset farmers, the unusual weather has become a source of unforeseen problems for the Russian manufacturers of ice-cream.

Trade of ice cream in Moscow is five times worse than usual, warehouses bursting at the seams with unsold goods, says Director of the Russian Union of ice cream producers Gennady Yashin.

“I associate it with the local weather. But East of the Urals the weather is great”, — he told radio station “Moscow Says”.

Therefore, ice cream manufacturers have engaged in such unusual activities as the delivery of the product to Siberia. Large amounts of waffle cones and Popsicles are transported from the cold of Moscow to the East, said Gennady Yashin.

Part of the excess supply even further in the same direction — to China.

In all five Siberian regions in the last five days the average daily temperature was seven degrees above normal, which corresponds to the meteorological definition of a heat wave.

Unusual heat also provoked wildfires. In Siberia, the fires in one day spread out on an area of 5 thousand hectares, the Russian forestry administration.