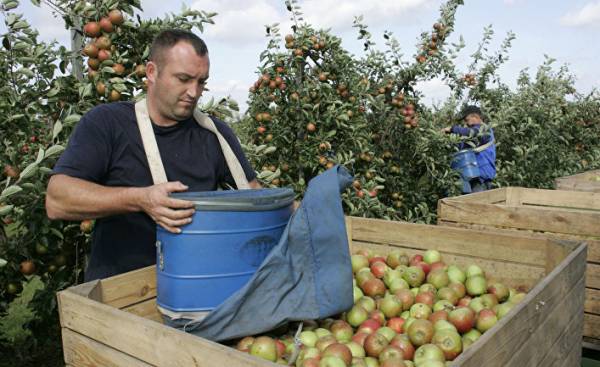 Galina Klitschko throws a glance at the remnants of red nail Polish on her nails. “I chew on them to calm my nerves, it’s just a horror,” she whispers. Her voice is giving hoarse from cigarettes. Its hidden under huge sunglasses, face still retained a teenage roundness. Two months ago 24-year-old graduate of the history Department from Kovel (North-West Ukraine) were moved to an older sister in Warsaw. There, she works two jobs: as a cashier and a nanny. “In my country there is no more work, hope, anything. But then all employed. You can once again begin to think about the future.”

Today more than a million Ukrainians living in Poland with a temporary work permit, 116 thousand have a residence permit. Their number has increased six-fold since 2013, when Russia had not yet annexed Crimea and began the conflict with Pro-Russian separatists. “Ukrainian immigration to Poland is not a new phenomenon, but the fighting and the ensuing recession have strengthened it,” explains the expert immigration March Yaroshevich (Marta Jaroszewicz) in state-funded Centre for Eastern studies.

Many regularly travel from one country to another. In Poland they sign short-term contracts in industry, in low-skills sectors and agriculture, where there are plenty of job options “in the black”.

For Warsaw this influx of workers has become a big success. In April, the unemployment rate was only 4.8% (the lowest in 25 years), and the mill is in a state of full employment. The shortage of labor is felt mostly in the industry that is pushing salaries up. Published on 16 June, according to Eurostat, the wage increased by 2.7% in the first quarter compared to 1.5% in the Euro area. Since 2010, wages rose by 20%. “According to recent polls, 30% of the enterprises of small and medium businesses cannot find employees, especially if we are talking about low-skilled labor, — said the Director of the employment Agency Work Service Witucki Maciej (Maciej Witucki). — Without the Ukrainians some areas it would be difficult to work with.”

In the capital it’s hard not to stumble on construction sites or at cash desks in supermarkets. “It is the same all across the country,” — says Tomasz Janik (Janik Tomasz). He straightens his shirt collar from Ralph Lauren and bypasses its own production facility in Zabirova not far from Krakow. “When I was a kid, there was only the poppy fields, he says, pointing to the machines of your enterprise Expert Alu, which produces facade cladding. — To find a guy in the area has become a real challenge, and we started to look at the other side of the border”. 6 of 35 employees, skilled workers from Ukraine.

“Ukrainians account for almost 10% of our employees,” — said in turn, Karolczuk Rafal (Rafal Karolczyk), the President of the company from Zaslaw Andrychow (65 kilometers from Krakow). On its dusty post-war the factory 300 workers are engaged in assembling semi-trailers. “We are in a tough fight with competitors not only for sales but also for employees, he says. In some ways, the Ukrainians replaced the poles, who went to London or Berlin.”

This is the main paradox of Poland, which today, according to the census, counts 38,4 million people. After gaining independence and joining the European Union in 2004 millions of people Packed up and went in search of a better life in the West. According to official data, and abroad, now live more than 2 million poles. Emigration is exacerbating the labour shortage despite the fact that economic growth must be this year of 3.5%.

“Experts like me easy to find work in the workshops,” says Alex. This 29-year-old mechanic arrived three months ago from the city, the largest city in Western Ukraine. Before leaving he offered to find a job and accommodation in Warsaw for € 500. He refused. “It is only an illiterate Rube.” With the help of the Internet, he found an ad of a garage owner from Mambetova (a suburb of the Polish capital), and he immediately took him in.

Now he earns in a month 2 thousand PLN (that is, the minimum wage of 475 euros) and gives 500 to the employer for the room, which he rents him the house next door. “It is near the highway, but Oh well, — says this young man with pale blue eyes. I’m saving to buy their own tools, and would be able to work for themselves”. His colleague Alexander sends no less than 600 zł wife and daughter who remained in Krivoy Rog in the southern Ukraine. “I want to bring them here, — he says wearily, sipping cold coffee. — But mother too old to move.”

From 11 June, the Ukrainians who have biometric passport within three months without a visa to stay in the European Union. This measure calls concern small and medium businesses. “They are afraid that Ukrainians will use that to go to Germany, where salaries are higher,” — said Vitucci. However, Alexey and Alexander I don’t think it would change anything: “In any case, you will need permission to work. And the Polish culture closer to ours: here we feel like home”.

In this highly homogeneous country, cultural proximity is one of the arguments, which (with varying degrees of honesty) is ultra-conservative government to justify the admission of Ukrainians and rejection of Syrian refugees. On 13 June the European Commission launched a procedure against Poland, which, together with Hungary and the Czech Republic refuses to participate in the distribution of refugees. 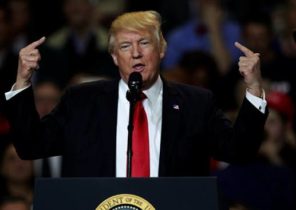